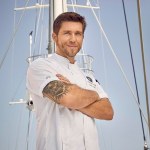 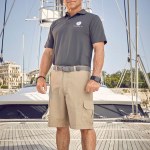 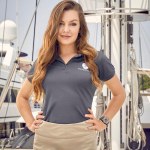 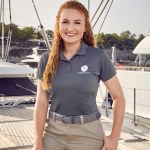 ‘Below Deck Med’ is setting sail into its fifth season and the drama is higher than ever as Malia White returns to the ship!

Malia White, 29, is back with a higher title under her belt in what sounds like a very eventful season 5 of Bravo’s hit show Below Deck Med, and is even teasing some early cast exits! “It is very dramatic,” the deckhand turned bosun told HollywoodLife EXCLUSIVELY on May 29 of the upcoming season. “There might be a couple plane tickets home, who knows. It’s definitely a season not without its twists.”

Absent from the show since season 2, Malia is best known for the dramatic love triangle she found herself in involving bosun at the time Wes Walton, 28, and chef Adam Glick, 35. Adam and Wes even physically got into it over the now brunette beauty! Malia ultimately decided to give things a shot with Wes, but it didn’t workout between the two and she now holds the sweetest revenge with his title on board the ship.

One thing Malia cannot seem to escape are the boys as she is in charge of 3 this season! “At times, it was trying,” Malia said of commanding respect from her male team, admitting one in particular was a little harder on her. “For the most part, I would like to say yes, but I think that they needed a few reminders, definitely. I’d say Pete! Hands down, Pete.”

So just how does she handle her hot deckhands Robert Westergaard, Pete Hunziker, and Alex Radcliffe? For Malia, it’s as simple as doing your job and staying out of trouble. “I try to deal with the least amount of conflict as possible but sometimes it’s inevitable,” she revealed. “I just ask that they respect my position if it was there position. I just tell them, ‘If you were boasting, you could make the rules, but I’m boasting now, so listen to my rules.’

With Captain Sandy Yawn, 55, and chief stew Hannah Ferrier, 33, back to keep the crew in check, Malia is excited to rejoin the cast with other female leaders when the waters get a bit rocky. “We have a lot of plot twists, a lot of surprises and I also just think the dynamic of having 3 women in charge brings a whole different story line to the table,” Malia shared. “I’ll say it’s probably the season with the most twists.”

Below Deck Med premieres its fifth season Mon. June 1 on Bravo at 6pm.