Brian Austin Green and Courtney Stodden threw fans for a loop when they hit up Mejico Grill in Agoura Hills, CA together on Monday, June 15. The surprise outing quickly sparked romance rumors, despite both Brian, 46, and Courtney, 25, being fresh out of relationships. But, there’s nothing romantic going on between the actor and model at the moment.

“Brian and Courtney are just friends. They were out having a casual lunch, nothing more,” a source close to Courtney told HollywoodLife, exclusively. “They both got out of long-term relationships around the same time, so they’re able to see eye to eye on a lot of the same things in terms of what they’re going through. There were no flirtations going on and it doesn’t seem that either one of them are in that mindset right at the moment,” the source explained. “They just chatted and had a relaxing lunch, and they might hang out again. But again, it was purely platonic.” 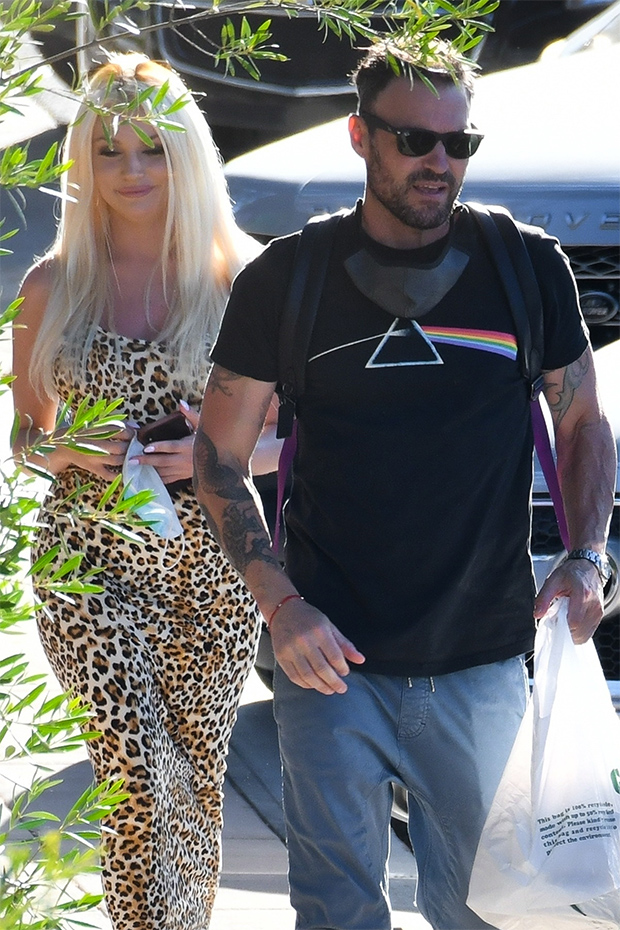 Brian Austin Green and Courtney Stodden leaving Mejico Grill in Agoura Hills, CA on Monday, June 15, 2020. (Photo credit: BACKGRID)
Meanwhile, a source close to Brian had a similar explanation to the latter. “Brian and Courtney are looking to work together and are new friends, it’s not anything romantic,” the insider revealed, explaining that “Brian is not in that mode right now.”
“He is looking to work and get over Megan [Fox] and working and being out is helping him. He knows people will assume things, but you know what they say about assuming!” the source added.
Last month, Brian confirmed he and actress Megan Fox had split after nearly 10 years of marriage. The exes — who co-parent three children together, sons Noah Shannon, 7, Bodhi Ransom, 6, and Journey River, 3. — began dating in 2004, and wed in 2010. On March 3, Courtney confirmed that her divorce with actor Doug Hutchison was finalized in a lengthy post on Instagram. 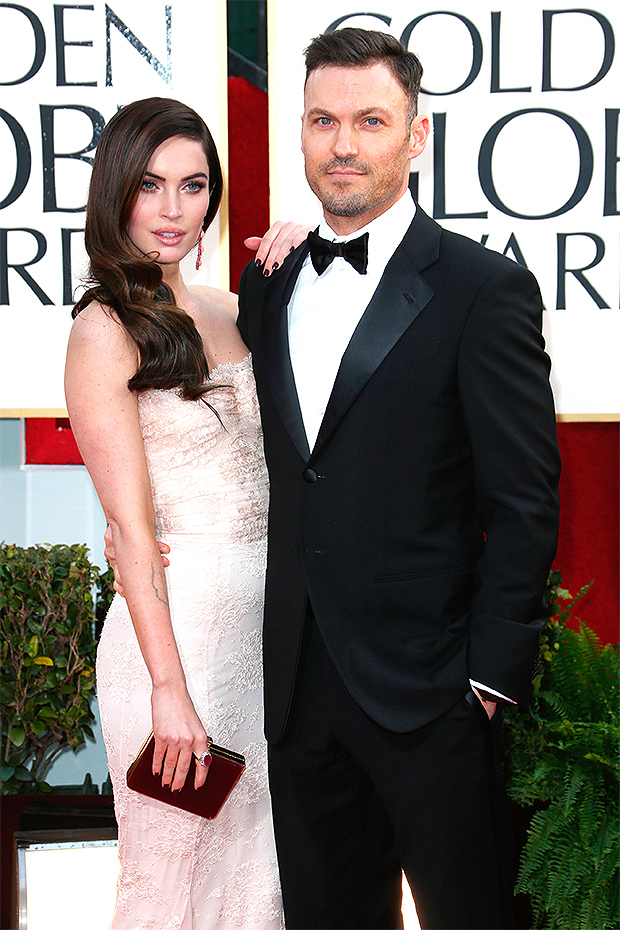 Brian Austin Green and Megan Fox at the 2013 Golden Globes. (Photo credit: Shutterstock)
Megan, 34, is now dating rocker Machine Gun Kelly, 30, after she appeared in the new music video for his song “Bloody Valentine”. The new couple was spotted kissing and holding hands outside a Los Angeles bar on Monday night — the same day Brian stepped out with Courtney.
Related Link