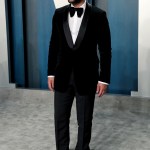 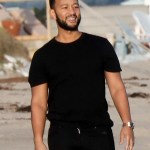 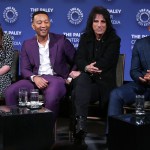 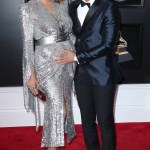 When Kanye West donned his red MAGA hat, it seemingly doomed his longtime friendship with John Legend. Years after their public fallout, John gave an update on where he and Ye stand.

“I’m not trying to disown Kanye [West] because I still love him and love everything we’ve done together creatively. But we were never the closest of friends,” John Legend, 41, said to the UK newspaper The Sunday Times. When asked if Kanye’s support of Donald Trump, 73, increased the distance between them, John didn’t solely blame his and Ye’s rift on the president. “I just think we’re doing our own thing. He’s up in Wyoming. I’m here in LA. We’ve both got growing families, and I no longer have a formal business relationship with him as an artist, so I think it’s just part of the natural cycle of life.”

“But obviously we disagreed on the Trump thing, and we still do apparently, according to the new GQ article,” added John, referencing an April interview in which Kanye pledged his allegiance to Trump (“We know who I’m voting for.”) in the upcoming election. “But what I’ve always said is, we never talked about politics before,” says Legend. “It was never a part of our interaction. Our interaction was almost always about creativity and music. He’s also in a different place musically. He’s doing gospel music. That’s what he’s focused on right now, designing his clothes, so we’re in different places.”

Kanye’s support for Trump might also annoy John’s wife and mother of his children, Chrissy Teigen. Chrissy, 34, is a vocal critic of Trump online. In 2019, Trump called her and John a “boring musician and his filthy-mouthed wife.” John told The Sunday Times that he thinks the US president “has a problem with strong women. He definitely has more ire toward Chrissy. She’s a woman who would dare talk back to him and not revere him. He’s threatened by that. You can see it in his press conferences.”

John first met Kanye long before they became music superstars. John’s college roommate – a cousin of Kanye’s – introduced each other, and they got on. The two made music together, and both simultaneously achieved worldwide fame through the early 2000s. Throughout this, their friendship endured. John actually sang “All of Me” at Kim and Kanye’s wedding, and the Kardashian-Wests were guests at John and Chrissy’s nuptials in 2013. Five years later, John and Kanye had a public falling out after the “Black Skinhead” rapper praised Trump in a series of Tweets.

John criticized Kanye’s decision to support an administration that, in John’s eyes, has actually hurt black Americans and other people of color. John then reached out privately to Kanye, asking him to “reconsider aligning yourself with Trump” because Kanye was “too powerful and influential to endorse who he is and what he stands for.” Kanye responded by sharing this text publicly while accusing his friend of “bringing up my fans or my legacy [as] a tactic based on fear used to manipulate my free thought.”

Days after this accusation of manipulation, Kanye posted a photo of himself and John, each with huge smiles on their faces. “We got love. Agree to disagree.” Shortly after that, Chrissy tweeted, “Are we still doing dinner Friday or no lol?” to Kim Kardashian, and Kanye’s wife responded, “Yes, but maybe no phones.”