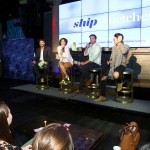 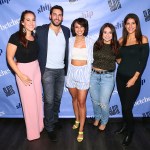 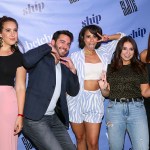 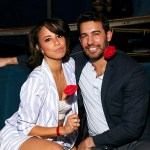 This season on ‘The Bachelor,’ we saw some of the youngest contestants the franchise has had. Now, former contestant Derek Peth shares his concern over Hannah B.’s age as she prepares to be the ‘Bachelorette.’

A huge theme of Colton Underwood‘s season of The Bachelor was whether his young contestants were actually ready for marriage — which is the premise of the show. Now, we’re preparing to see the franchise’s youngest Bachelorette, Hannah Brown, who is currently 24, but is assured she is absolutely ready for marriage. However, former Bachelorette contestant Derek Peth, 32, shared his concerns surrounding the young leads and contestants that have taken up the last few seasons. “We really want it to get back to what things used to be, and even go further, late 20s, early 30s leads, because they’re ready to handle it,” Derek told HollywoodLife in an EXCLUSIVE interview at the Betchelor Podcast Live Show & Bachelor Viewing Party at Slate NY. “I get it, the breakdowns are funny at a certain point, but we need somebody that’s really ready to handle it in a mature way and not just because they’ve been trained in it. It makes a big difference in the quality of the show.”

Derek, who co-hosts the Betchelor Podcast with Betches’ Sr. Social Media Producer Kay Brown, added that Arie Luyendyk Jr. is not a good example of the type of lead he’d like to see cast in the future. “Arie was horrible, because he was so uncomfortable doing it. At least Colton was comfortable, but still, I don’t think he’s ready for this,” Derek admitted. “He didn’t really know himself when he took on the role.” In the end, Derek, along with his fellow former contestants Jordan Kimball and Connor Obrochta, sent their well-wishes to Hannah B. as she starts her journey as the Bachelorette. “Let’s hope she’s doing some toast training. She’s going to have to give a lot of toasts!” Derek joked.

Make sure you listen to Kay and Derek’s podcast, The Betchelor, on iTunes for more of their Bachelor franchise opinions!