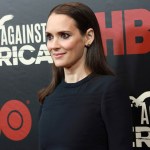 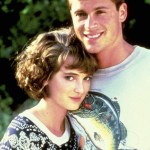 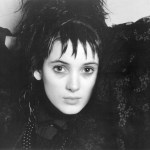 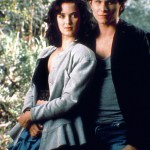 Winona Ryder has been a Hollywood star for over 3 decades. From her ’80s breakout roles to ‘Stranger Things,’ see Winona’s journey then and now in honor of her 50th birthday.

It’s hard to believe it’s been over 30 years since Heathers was released. The movie was one of Winona Ryder’s breakout roles in the 1980s. The now 50-year-old starred as Veronica Sawyer, who is friends with the members of the most popular clique in school, The Heathers. The film, much like Mean Girls in the 2000s, has reached cult status in the years after its release.

Prior to Heathers, Winona starred in Beetlejuice as Lydia Deetz, her first collaboration with director Tim Burton. They reunited for the 1990 film Edward Scissorhands, which also starred Johnny Depp. Winona and Johnny began dating in 1989, and they got engaged in 1990. They ended things after 3 years. Despite their breakup, Johnny and Winona have remained close. Winona even defended Johnny against abuse allegations in a witness statement in 2020.

Winona had an incredible run in the early 1990s, earning back-to-back Oscar nominations for her roles in The Age of Innocence and Little Women. Winona played Jo March in the 1994 film adaptation. That same year, she starred in the Ben Stiller-directed film Reality Bites, which has also become a cult classic.

The actress has always pursued unique and different roles. She played Susanna Kaysen, a young woman who is committed to a psychiatric hospital, in the 1999 film Girl, Interrupted. Winona starred alongside Angelina Jolie, who won the Oscar for Academy Award for Best Supporting Actress.

Winona faced legal trouble in 2001 when she was arrested for shoplifting at Saks Fifth Avenue in Beverly Hills. She was later found guilty of grand theft and vandalism. She was sentenced to 3 years probation. Winona is extremely private when it comes to her personal life, but she did open up to Porter magazine about the shoplifting incident in 2016.

“Psychologically, I must have been at a place where I just wanted to stop,” she told Porter.  I won’t get into what happened, but it wasn’t what people think,” Winona said. “And it wasn’t like the crime of the century! But it allowed me time that I really needed, where I went back to San Francisco and got back into things that… I just had other interests, frankly.”

After some years away from Hollywood, Winona was ready for a resurgence. She notably played Beth, the dying Swan, in the 2010 ballet thriller Black Swan. However, her biggest role in this stage of her career is undoubtedly Joyce Byers on Stranger Things. The Netflix series premiered in 2016 and became a massive global phenomenon. The show is set to return in 2022 with season 4.

In addition to Stranger Things, Winona also reunited with longtime friend Keanu Reeves in the 2018 rom-com Destination Wedding. Their last project together was Bram Stoker’s Dracula in 1992. Winona also starred in the HBO miniseries The Plot Against America in 2020. Don’t ever count Winona out, people. Winona forever!