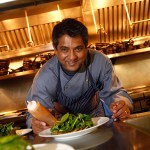 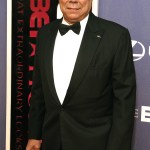 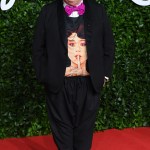 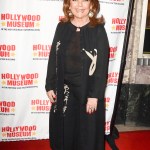 Gospel singing sensation, Yolanda Adams, touched hearts across America as she remembered the 400,000 lives lost to the pandemic for the COVID-19 memorial ceremony attended by Joe Biden and Kamala Harris.

Yolanda Adams, 59, lent her beautiful voice to the national COVID-19 memorial held at Washington D.C.’s Lincoln Memorial Reflecting Pool on Jan. 19. Four-hundred lights were lit around the pool in honor of the 400,000 lives lost in the pandemic, and although it was a somber event, Yolanda’s performance of “Hallelujah” uplifted countless souls across America as viewers tuned in to the event attended by Joe Biden and Kamala Harris, a day before Inauguration Day.

Yolanda — who has five Grammy wins, six Soul Train Music Awards and many other honors under her belt — was the perfect choice to deliver the classic gospel song at the COVID-19 memorial event. Now, learn more about the singing icon who made her big breakthrough in the ’90s and has impressed fans ever since:

1. Yolanda Yvette Adams, a Houston, Texas native, wasn’t only a singer. — Adams graduated from Texas Southern University, where she began a career as a schoolteacher. She was also a part-time model in Houston. Adams eventually gave up teaching to become a full-time singer. Today, her occupations stretch from a record producer, to an actress. She was also a former radio host of her own nationally syndicated morning gospel show.

2. Her mainstream break came in 1999. — Adams hit major fame outside of the Gospel era came after the release and success of Mountain High… Valley Low by Elektra Records. The album went 2x Platinum in 2000 and won Adams a Grammy Award. Other notable singles from the album include “Yeah“, “Fragile Heart”, and “Open My Heart”. As of September 2009, she had sold 4.5 million albums since 1991 in the United States, and nearly 8 million albums worldwide.

3. Adams is considered the “Gospel Queen.” — You may recognize her many monikers within the music industry, some of which include, “The First Lady of Modern Gospel” and “The Reigning Queen of Modern Gospel. Billboard named her the No. 1 Gospel Artist of the last decade in December 2009. In the same chart, her album Mountain High…Valley Low was acknowledged as the best gospel album.

4. She’s an author. — Adams released her first book, Points of Power in 2010; a Christian book in reference to living a pure, spirit-filled Christian life.

5. Adams was a dear friend of the late music icon, Prince. — Adams and Prince met at the Soul Train Awards. Although she said he did not have a massive influence on her music, she admitted that he had a significant impact on her heart. “Watching him sing, perform, create was always a pleasure, he always had the bar set very, very high,” Adams told ABC 13 Eyewitness News in 2016. “So people who would come after him would have to try to leap over that bar or try to reach it as far as they possibly could.”