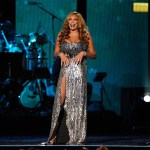 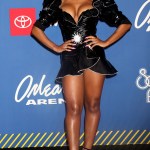 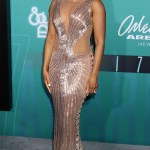 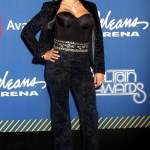 From Wendy Williams to Normani, Toni Braxton, Kehlani and more, take a look back at the sexiest looks from the Soul Train Awards over the years.

Despite the coronavirus pandemic, the 2020 Soul Train Awards will still be taking place on Nov. 29. Things will be a bit more low-key due to restrictions on gatherings this year, but there’s sure to be some fire performances and amazing looks at the show. Ahead of the big night, we’re taking a look back at some of the best looks to ever be worn at the event.

Back in 2014, Wendy Williams wore a number of outfits throughout the night, as she served as host of the show. On the red carpet, she rocked a nude, bodycon dress, but during one of her show quick changes, she changed into a sparkling silver dress. The gown had a thigh-high slit, so Wendy’s legs were on full display, while her figure was accentuated perfectly. She paired the look with curly hair and a huge smile on her face. Of course, she also KILLED it onstage!

Another super sizzling look was Kehlani’s in 2017. The singer rocked a sheer black gown, which featured a low-cut neckline and velvet fabric to cover her unmentionable areas. The ensemble had a leg slit, too, so Kehlani’s pointy-toed heels were fully on display. She completed her look with her hair styled in a blunt bob, and she looked beyond fierce while posing for pics.

Toni’s Braxton look in 2017 was also one to be remembered. She sparkled in her silver dress, which featured a plunging neckline and sexy sheer cutouts. Her hair was straight and cascading down her back, and she was all smiles as she glowed on the red carpet. Later in the night, she hit the stage for an epic medley performance and absolutely killed i.

At the 2018 show, Normani absolutely ruled the red carpet in a little black dress, which featured a super short hemline and majorly low-cut neckline. Normani looked FABULOUS in the ensemble! Faith Evans also stood out on the 2018 red carpet, as she wore a strapless black pantsuit that showed off her figure to perfection. There are plenty of other amazing Soul Train Awards looks where these came from, though. Scroll through the gallery above to check them out!