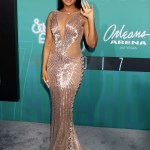 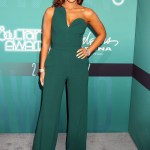 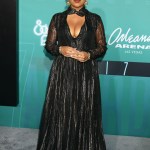 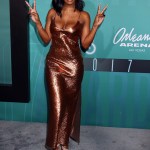 All hail Toni Braxton! At the Soul Train Awards, she proved to be a living legend by performing a medley of her greatest hits and taking home the Don Cornelius Award. NBD.

On the night of the 2017 Soul Train Awards on Nov. 26, Toni Braxton single-handedly proved why she’s a living legend. The 50-year old dominated the award show on three different counts. For starters, she nearly moved audience members to tears with her medley performance, which was shortly followed with a SECOND live show. It was only right that Toni deserved her very own tribute performance, put on by none other than Jessie J. The Twittersphere literally exploded with compliments, praising Toni for her voice, her dazzling dress, and her general awesomeness.

“Toni got hits for daysssssss,” one commenter wrote. “I can’t believe Toni is really 50 years old lookin’ like this,” another added. We couldn’t agree more! You’d seriously have no idea that she’s 50-years old just by looking at her. Proving that age is just a number, Toni flaunted her flawless figure in a skin-tight, black mini-dress with high heels. The Twittersphere also applauded her amazing fashion sense — just check out the endless stream of comments! “Toni looks BEAUTIFUL tonight.” “Goddamn Toni looks good in that dress!” “Can I look this good at 50, please?” Watch her in action below!

To top it all off, Toni took the Don Cornelius Legend Award home tonight. She’s one of the many musicians who snagged a win, along with Solange, Bruno Mars, and SZA. The Soul Train Awards concluded with a tribute performance in Toni’s honor. As always, Jessie blew our minds with her beautiful voice, and her well-tailed pantsuit was seriously on point. Unfortunately, many fans are upset that they missed Toni’s performance due to watching Miss Universe instead. Luckily we’ve got this video for you!

HollywoodLifers, did you catch Toni’s medley performance at the Soul Train Awards? Did you enjoy it? Comment below!