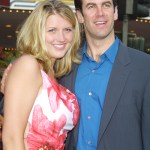 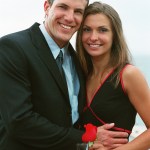 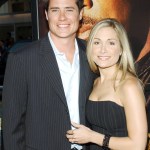 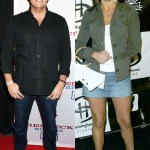 As ‘The Bachelor’ fans anxiously await the premiere of the show’s 25th season, we’re taking a look back at what happened to all the series’ past 24 final couples.

Matt James will be the next guy who tries to find love on The Bachelor, and his journey begins with the show’s season 25 premiere on Jan. 4. While Bachelor Nation has produced some successful couples thanks to spin-off shows, The Bachelor hasn’t had the best track record. In fact, only ONE former Bachelor, Sean Lowe, is still together with the woman who he proposed to at his final rose ceremony.

The show’s most recent star, before Matt, was Peter Weber. Peter had quite a turbulent season, and was left with Hannah Ann Sluss and Madison Prewett as his final two ladies. Madison chose to voluntarily leave the show, and Peter proposed to Hannah Ann at the final rose ceremony. However, their relationship was short-lived, and they broke off the engagement when he admitted to still having feelings for Madison. At the live After the Final Rose show, Peter and Madison revealed they were going to give their relationship a shot, but called things off just days later. Meanwhile, in April 2020, Peter reunited with another former contestant from his season, Kelley Flanagan. They were together until calling it quits in Dec. 2020.

Meanwhile, Arie Luyendyk Jr. is currently married to someone from his season — but she wasn’t his initial final pick! Arie proposed to Becca Kufrin during his show’s finale, and dumped Lauren Burnham at the last rose ceremony. However, just weeks after filming, he realized that he wanted to be with Lauren instead. He called things off with Becca and proposed to Lauren at After the Final Rose. They tied the knot in 2019 and welcomed a daughter, Alessi, later that year. In Dec. 2020, Arie and Lauren revealed that she was pregnant with twins.

A Bachelor couple that recently faced public turmoil was Colton Underwood and Cassie Randolph. Cassie decided to leave season 23 of The Bachelor before her fantasy suite date with Colton because she didn’t know if she was ready to settle down. However, he knew that she was who he wanted to be with, so he dumped the remaining two women and fought to pursue Cassie. They left the show in a relationship, but opted not to get engaged. Colton and Cassie split in 2020 after a year and a half together, and things did not end well. Cassie was granted a temporary restraining order against Colton in Sept. 2020 after alleging that he stalked her following the breakup. She dropped the restraining order in Nov. 2020.

Check out the gallery above for a refresher about what went down between ALL the final couples on seasons 1-24 of The Bachelor. A brand new season starts on Jan. 4 at 8:00 p.m. on ABC.