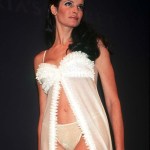 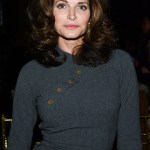 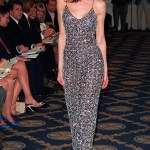 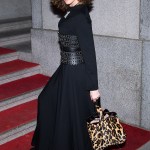 Stephanie Seymour suffered the unimaginable tragedy of losing one of her children, Harry Brant. As she privately mourns her loss, learn five facts about the stunning model, mother and wife here!

Stephanie Seymour is in mourning following the death of her beloved son, 24-year-old Harry Brant. The legendary model and actress, 52, has yet to publicly comment on her son’s tragic death, after he died of an accidental drug overdose. The family has, however, issued an emotional statement in the wake of their devastating loss.

“It is with enormous sorrow that we share with you the news that our beloved son, Harry Brant, lost his battle with addiction and died due to an accidental overdose of prescription medication. Our hearts are shattered,” an excerpt from the New York Post read. Stephanie, who shared Harry with her husband Peter Brant, is undoubtedly experiencing so much heartbreak. As the model and her family continue to process their loss, learn five facts about Stephanie Seymour here.

1. Stephanie Seymour is a famous supermodel.

Stephanie began her modeling career when she was just a teenager in her hometown of San Diego. But her star completely skyrocketed to fame when she appeared on the Sports Illustrated Swimsuit Issue in the late ’80s and early ’90s. She also served as one of the most famous Victoria’s Secret angels. Stephanie was in good company among some of the most famous models of the time, including Kate Moss, Naomi Campbell, Cindy Crawford and more. Stephanie hasn’t stopped modeling, either. In the last few years, she’s appeared on the cover of Vogue Italia, and loves to reminisce about her favorite photoshoots on social media.

Along with modeling, Stephanie also has quite a few credits to her name when it comes to acting. Stephanie played Helen Frankenthaler in the 2000 film Pollock. The movie was a major critical success, and earned two Academy Award nominations, winning one for Best Actress in a Supporting Role, which went to Marcia Gay Harden. Two years later, Stephanie appeared in an episode of Law & Order: Criminal Intent.

3. Stephanie is married to Peter Brant.

Stephanie has been married to producer and magazine publisher Peter Brant, 73, since 1995. Along with their darling son Harry, the couple share three children. They welcomed their first child, who is also named Peter, in December 1993 and married roughly two years later in July 1995. They welcomed Harry in 1996, and their third child together, daughter Lily Margaret, was born in 2004. The couple have had their ups and downs, however. They nearly divorced in 2009, but thankfully reconciled less than one year later and have stayed together ever since.

4. Stephanie has been married before.

Before her marriage to Peter, Stephanie was involved with a few high-profile figures. She was previously married to guitarist Tommy Andrews from 1989-1990. Despite the fact that they divorced after merely one year of marriage, the couple did welcome son Dylan Thomas Andrews in 1990. Stephanie was also in a relationship with Axl Rose, which ended in the two suing one another in the latter half of 1993. The lawsuits, fortunately, were settled by the parties involved.

5. Stephanie is not particularly active on social media.

Stephanie does have an Instagram account, but has not posted since October 2020. Her last post on the social media platform was a birthday tribute to her daughter, who turned 16 years old. Other images on Stephanie’s Instagram account include past photoshoots, family photos, and loving posts dedicated to her children. One post from May 2020 featured the visual for Interview magazine’s op-ed by her late son, Harry.