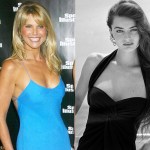 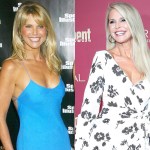 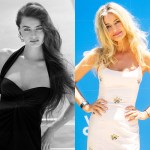 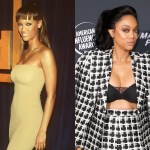 So many of the world’s most famous models have graced the cover of Sports Illustrated’s iconic swimsuit issue. With summer just around the corner, we’re taking a look back at the stunning models who appeared on the cover!

The Sports Illustrated swimsuit edition has a been a staple of pop culture for decades. So many famous models have appeared on the coveted cover of the magazine, showing their fierce poses, toned bodies, and incredible confidence. Summertime is just about to knock on our door, and before we suit-up in our favorite two-piece to work on our tan and head to the backyard to hit the pool, we’re looking back at the women who appeared on the swimsuit edition of Sports Illustrated over the years!

Tyra Banks, 46, was already a pop culture fixture when she appeared on the Feb. 21, 1997 swimsuit issue of Sports Illustrated. The stunning model had already made history as the first black woman to appear on the cover of GQ and was making a name for herself once more with the stunning portrait of herself in a pink bikini on the Bahamian beach of Harbour Island. She blazed a trail once again as the first black woman to appear on the swimsuit cover of Sports Illustrated in a solo portrait after sharing the cover in 1996. But that wasn’t the only time the model would grace the cover. At 45-years-old, Tyra posed-up once again for the cover of Sports Illustrated‘s swimsuit edition in 2019. Tyra looked truly ageless and so fit and trim in her yellow bikini, proving that after all these years she’s still one of America’s top models!

Before Tyra, there was Paulina Porizkova. In 1984 and 1985, Paulina appeared on the cover of Sports Illustrated. Her 1985 cover featured the model wearing a lace blue two-piece and basking in the sun as it hit the sand. The now-55-year-old model was such a stunner, and has continued to be an incredibly respected model all these years later. In fact, Paulina is still showing her fans that, like Tyra, she still has the same trim figure as she did back in the ’80s! For her 55th birthday, on April 9, Paulina took to Instagram and shared a photo fo herself in tiny gold bikini. “I’m now 55, and I have gone through half a lifetime only liking the way I look in retrospect,” she began the caption to her post. “I look at old photos and realize how good I had it. So today, I am looking at myself, (in an admittedly flattering photo) and think, ‘hey, I m a good 55 year old!’ I will feel pretty today. And endlessly grateful for all the gifts life has bestowed on me thus far.”

Then there’s everyone’s favorite “Uptown Girl,” Christie Brinkley. In 1979, Christie appeared on the cover of Sports Illustrated‘s swimsuit edition wearing a black one-piece with gem embellishment. The model, 66, went on to appear on the 1980 and 1981 covers, too! She completely proved her popularity and stunning beauty, becoming one of the most sought-after models during the time. All these years later, Christie can still rock a swimsuit like no other, and has watched on as her look-alike daughter, Sailor Lee Brinkley-Cook, 21, has posed for the magazine! These are only a few of the stunning women who have graced the cover of Sports Illustrated‘s swimsuit edition. To see more of the models then and now, checkout the gallery above!