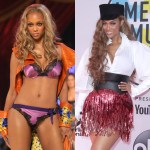 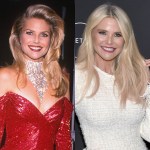 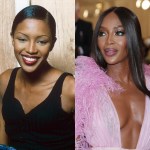 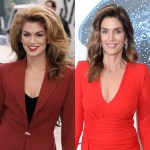 Some of the world’s most legendary supermodels are already in their 50s and 60s, but they look like they haven’t aged a day — and these then and now photos prove it!

So many models have been showing off their au naturale looks on social media amidst the coronavirus pandemic, and it’s just proof that they look just as good now as they did during the heights of their careers. Before the era of Kendall Jenner and Gigi Hadid, there were so many runway queens of the 80s and 90s, who are still slaying to this day. These women, like Naomi Campbell, Cindy Crawford, Tyra Banks, Christie Brinkley and more, truly look like they have not aged a day in the last three decades.

Take for instance Tyra Banks, 46, who went from model to the face of America’s Next Top Model. In May 2019, she returned to the cover of Sports Illustrated Swimsuit after first debuting on the seductive cover in 1996. That’s right — even 23 years later, the beauty still did wonders to a tiny string bikini and we’re now checking the time again. Tyra wore just as little at the 2003 Victoria’s Fashion Show, which we compared to her recent appearance at the 2018 American Music Awards in the gallery above — seriously, this supermodel/television producer/actress/author does not age.

And then there’s Christie Brinkley, 66, who also graced a Sports Illustrated Swimsuit cover — three, actually, between 1979 to 1981. Fast forward roughly four decades later and the blonde beauty is now a mother of three and has a track record of around 500 magazine covers. The years don’t show on Christie’s face, however. She still sports that same radiant smile and complexion that distracted Chevy Chase’s character on the road in National Lampoon’s Vacation. We proved that she must’ve found the fountain of youth in comparison photos between 1992 and 2018 in our roundup!

Of course, we haven’t forgotten a handful of other legends: Stephanie Seymour, 51 (she closed out a Versace show on Feb. 22, 2019), Amber Valletta, 46 (did you see her at the Met Gala?), Elle Macpherson, 57, Helena Christensen, 51, Paulina Porizkova, 55, Shalom Harlow, 46 and Claudia Schiffer, 40. You can see all their before and after photos in our gallery above!