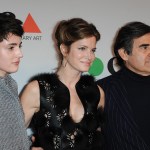 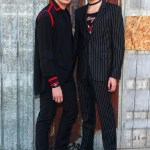 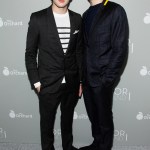 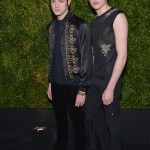 Harry Brant, the son of supermodel Stephanie Seymour and billionaire publisher Peter Brant, has tragically passed away after an ‘accidental overdose,’ his family confirmed. He was just 24 years old.

Stephanie Seymour, 52, and Peter Brant Sr.’s youngest son, Harry Brant, has died. Harry’s family released a heartbreaking statement announcing Harry’s sad death at the age of 24 on Jan. 18. He was found dead the day before on Jan. 17.

Harry was born in 1996. Over the years, Harry became a prominent New York socialite. From New York Fashion Week to the Met Gala, Harry appeared at a number of notable New York City events. Harry was so young, but he experienced so much in his short life.

His family confirmed his unexpected death in a statement to the New York Post: “It is with enormous sorrow that we share with you the news that our beloved son, Harry Brant, lost his battle with addiction and died due to an accidental overdose of prescription medication. Our hearts are shattered. Harry wanted to overcome his addiction and was just days away from re-entering rehab. We will forever be saddened that Harry’s life was cut short by this devastating disease. We ask that you please allow our family privacy as we attempt to cope with the loss of our beautiful, beautiful boy. Harry loved fashion and was a trailblazer of beauty and cosmetic products for men – collaborating with a major brand on a unisex cosmetic line. He achieved a lot in his 24 years, but we will never get the chance to see how much more Harry could have done.”

2. Harry came from a high-profile family.

Harry is survived by his parents, Stephanie Seymour, who was a prominent supermodel and a Victoria’s Secret Angel, and Peter Brant Sr., 73, the owner of White Birch Paper and Brant Publications. Peter’s company publishes magazines, including Interview magazine. Harry’s older brother is Peter Brant II., 27. He also has a younger sister, Lily, 16, and half-siblings from his parents’ previous marriages. “Harry was not just our son,” the family also told the New York Times in a statement. “He was also a wonderful brother, loving grandson, favorite uncle and a caring friend. He was a creative, loving and powerful soul that brought light into so many people’s hearts. He was truly a beautiful person inside and out.”

“Today we lay to rest, and honor the life of my brother, a true angel of light, an extraordinarily unique soul unlike any who have come before,” wrote Peter II on Thursday, Jan. 21. He posted a shot of Harry laying on the floor next to socialite Gaïa Jacquet-Matisse, and wrote a touching memorial in the Instagram’s caption. “This photo taken on his last day, shows the eternal beauty he will forever hold. It is impossible to express the devastation I feel for the loss of one with whom I shared not only a lifetime of beautiful memories, but with one who cared so deeply for my own happiness, was so devoted to my personal comfort, It is the loss not only of a brother, but of a best friend, my other half. My heart shatters to think we will never see that dear sweet face again. @harry_brant”

Harry teamed up with his brother, Peter, for a MAC Cosmetics collaboration. The brothers’ collection for the makeup company included modern-day grooming products. Their line featured long-wearing lip stains, eyeliner, and an eyeshadow palette. They also had skincare products. The packaging on the products has Harry and Peter’s signatures on it.

The line was also inspired by his mother. While promoting his MAC collaboration, Harry opened up about discovering makeup. “I first started to play with makeup by definitely going into mom’s and I started stealing her products because makeup is really expensive and I didn’t really have access to it when I was younger,” he told W magazine in 2016. Like his mother, Harry was a fan of fashion. He notably attended the Met Gala in 2013 when he was just 16 years old.

4. Naomi Campbell was his godmother.

Naomi Campbell, 50, paid tribute to her godson on Instagram. “It’s taken me a few days to get my head around this to digest the fact my BEAUTIFUL GODSON HARRY BRANT HAS GONE TO THE SPIRITUAL WORLD,” she began her post, sharing two sweet photos them over the years. The supermodel went on to reflect on Harry and her heartbreak over his deeply tragic loss at just 24.

“Since you were a baby you had this innate magical joy, that you brought to all who as around you. I would take you to my meetings, and they would ask me if they could hire you…you’ve taken a piece of my heart, we never judged each each other,” she penned in the sweet post. “I will love you unconditionally always,” she concluded, along with her “deepest condolences” for Stephanie and the rest of the Seymour clan.

5. Harry had been arrested in the past.

Harry was arrested in 2016 at the age of 20 and charged with larceny, resisting arrest, and drug possession, Greenwich Time reported. He had reportedly refused to pay a $27.85 taxi fare and fled on foot before he was later arrested.