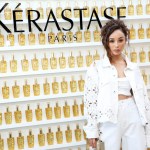 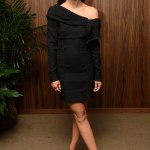 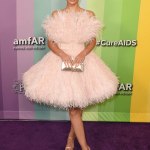 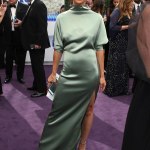 Two can play at that game, it seems. After Jesse Metcalfe moved on from his split from Cara Santana to date model Corin Jamie Lee Clark, she was seen making out with Shannon Leto, Jared’s older brother.

Seven months after Cara Santana and Jesse Metcalfe ended their engagement after spending over a decade together, they both have apparently moved on. Jesse, 41, has struck up a romance with Corin Jamie Lee Clark, a 27-year-old model from Canada. Cara, 35, has found a new man, as well – Shannon Leto! Cara and Shannon, 50, were seen packing on the PDA during a Monday (Aug. 17) outing, kissing passionately by the beaches of Santa Monica, California. Though initially dubbed a “mystery man,” E! News confirmed that the man Cara kissed was indeed Jared Leto’s older brother.

It seems that Cara, like her ex-fiancé, has patched up her broken heart. The Vida star and the Desperate Housewives actor called it quits in January, ending a four-year engagement (and a relationship that began in 2009.) Jesse was dogged with allegations of infidelity, and following the split, Cara’s BFF Olivia Culpo seemingly shaded her BFF’s ex, insinuating he might have been a “cheater.” Cara, for her credit, has apparently put this drama behind her. So, who is her new man?

1. Shannon is Jared’s older brother. Born in Bossier City, Louisiana, Shannon grew up with his younger brother and their mother. At an early age, Shannon got interested in percussion and started playing drums as a child. “Instruments were always around when I was really, really young, guitars, piano, and bongos.  For some reason, I gravitated to the bongos and kitchen supplies like pots and pans,” he said in 2013, per NBC Latino. “There was just something very familiar when I played percussion, it just made sense, you know, the groove, the rhythm, it’s very tribal for me.”

2. He’s a rock star. Shannon has been called a prodigy and a multi-instrumentalist. For many, he’s best known as the drummer in Thirty Seconds To Mars. Shannon has performed alongside brother Jared, 48, since the band’s formation in 1998. “It’s great always knowing that there’s someone having your back no matter what challenges arise,” he told The New Potato in 2015 when asked about what it’s like being in a band with his baby bro’.

3. Shannon’s got a nickname. Shannon’s vivid and passionate play style has earned him a nickname – “Shanimal” – but he once said that he didn’t really mind it. “I couldn’t tell you – I think passion is something that you can’t really explain,” he said in 2013, per NBC Latino. “I really don’t speak technically about my playing; I just do what I feel.  How I record and how I play live it’s really in the moment – it’s all based on feeling. There’s a connection we feel when we’re creating music; there’s something that makes sense when we are creating that art.”

“The thing about doing music is that you can’t really think too deeply into it,” he said when talking with The Aquarian in 2011. “When we’re all playing and performing live, that’s when we’re showing people who we really are. My brother, Tomo and I are as bombastic as we can be up on stage. I think that’s what people are responding to, and we’re just all-around a very visual band. We’re into the lights, the production, everything, and I think that’s a direct reflection of mine and Jared’s childhoods. We were drawn to groups that were very visual and conceptual, so that was a blueprint for us in a way, and the reason we’re doing what we’re doing today. But it was all very natural. It is what it is, ya know?”

4. Shannon loves his coffee. You may not be able to play drums like Shannon, you can drink his coffee. In 2014, he launched Black Fuel Trading Company, a lifestyle brand that predominantly sells responsibly sourced, direct-trade coffee. “It started out of my love for coffee, which goes back to my childhood watching my grandfather prepare chicory coffee in Louisiana,” he told The New Potato in 2015. “So I decided to start Black Fuel Trading Co. to be able to share my love of coffee with the world by coming up with my own proprietary blends, each of which have a special meaning to me. But I didn’t want to just stop at coffee; I want to share my vision for apparel, accessories, style, and beyond, so I’m developing a full lifestyle brand and will offer other like-brands in addition to Black Fuel Trading Co. products.”

5. If he gives you a dinner invitation, accept it. When asked what his last meal would be, Shannon said he’d “probably get some really good Mexican food with my brother.” If that weren’t mouthwatering enough, when asked if he could throw a dinner party for any five people in history, he picked “Aristotle, Leonardo Da Vinci, Jesus Christ, and his Grandparents.”

“I would cook them a good ‘ol Louisiana feast…some Crawfish Bisque, Gumbo, and Fried Okra to start and then Jambalaya, redfish with red beans and rice, and smothered pork chops,” said Shannon. “We’d finish it off with Beignets and, of course, a special blend of chicory Black Fuel Trading Co. coffee.”