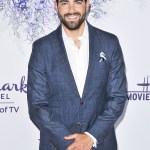 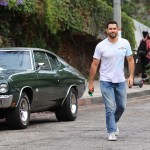 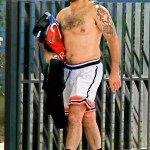 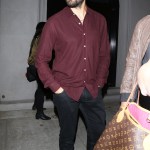 Nearly seven months after Jesse Metcalfe and Cara Santana called it quits, he has reportedly moved on with the gorgeous Corin Jamie Lee Clark. As this new love blossoms, here’s what you need to know about Corin.

Jesse Metcalfe started 2020 off with heartbreak, but it looks like he won’t end the year that way. The Chesapeake Shores star has struck up a romance with Canadian model Corin Jamie Lee Clark, 27, according to E! News. Jesse, 41, has supposedly “gotten serious” with the 27-year-old model “very quickly,” with E! News reporting its sources say the Desperate Housewives alum “can’t get enough” of his new girlfriend, and that he’s “crazy about her.”

The romance comes after Jesse and Cara Santana called off their engagement in January. In November 2019, Cara, 35, told HollywoodLife in an EXCLUSIVE interview that she was excited to marry Jesse “sometime in 2020… I think because we’re so fulfilled individually, we’re able to bring so much to our relationship when we’re together.” Unfortunately, the two would change their tune a few months later and end their four-year engagement. Though Jesse was the subject of cheating allegations, the first reports of the split claimed “he did not cheat” on his fiancée.

Since Jesse has reportedly found new love, here’s what you need to know about Corin:

1. Corin is a model from Vancouver. Hailing from The Great White North, Corin got into modeling almost by accident. “It was actually an opportunity that I stumbled upon a few years back,” she told SKYN magazine.” A well-known, talented photographer reached out to me. Next thing I know, I was flying to California to shoot in Laguna.” At the time of the interview, she was a relative newcomer to modeling and said that she wasn’t always comfortable in her own skin. “Seeing myself on camera for the first time was a very humbling experience, to say the least,” she told SKYN.

“I soon realized how to manipulate my body in the right way to make it look good on camera,” she added. “I was even told from other models, ‘the more awkward the pose feels, the better it looks on camera.’ ” Since then, she has gotten quite comfortable in front of the camera and posing in next-to-nothing. Speaking of being naked, Corin said that Kanye West has inadvertently seen her topless — sorta. When asked what the most “WTF moment” that ever happened to her during a modeling shoot was, she said that her “boob popping out in front of [Kanye]” was it.

2. Corin enjoys beaches, veggie dogs, and classic rock. “Losing myself here,” she captioned a November 2017 IG post featuring her swimming through Baha Mar in a barely-there bikini. “Take me back to chasing sea turtles in the Bahamas,” she added. Her account is full of her travels, which included catching Coachella in 2018 (“Thanks for the memories!”), taking in a Los Angeles Dodgers game that year (“came for the veggie dogs“), and riding camels out in the desert in 2016. Often, she’s going on these adventures while wearing a classic rock t-shirt. “Alexa, play ‘wish you were here’ by Pink Floyd,” she captioned an August 2019 post.

3. Corin’s an aunt. “I miss my family a lot lately,” Corin wrote on June 17, while sharing pictures from presumably her sister’s wedding, as well as pictures of her nephew. “[A]nd I can’t believe our baby boy is going to be a year old soon! Being his auntie has completely changed me as a person for the better. I didn’t know I was capable of loving a little human so much. He is the first thing I think of in the morning, and I’m so grateful every day that he was sent into our lives. this boy will change the world one day.”

4. This beauty is socially conscious and politically active. Corin currently has 188,000 Instagram Followers, and she has encouraged every one of them to take a stand in support of the recent Black Lives Matter protests following the death of George Floyd. She has included a link to blacklivesmatters.carrd.co in her IG profile, which links to an information hub on ways that others can help the fight for racial equality across the world.

5. Corin isn’t afraid to get philosophical. Though Corin’s Instagram page is filled with posts of her looking glamorous in a range of skin-baring outfits, she’s more than just a pretty face. “Sometimes, I just like rewriting the things I read online to help apply them to my real life,” she captioned a February 2020 Instagram story. Some of these “rewritings” included a list of things she’s learned: “Your feelings are valid and should be honored. That doesn’t mean they are real.” “The things that other people see as ‘success’ will not always be the same things that actually make you happy.” “The world is completely unfair, but that is no excuse.” “Telling your story is liberating.”