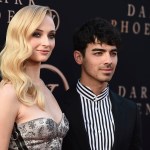 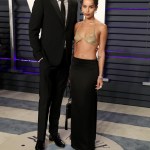 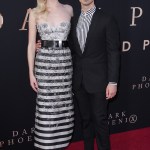 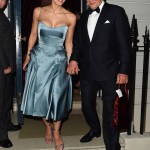 Jesse Metcalfe and Cara Santana have been engaged for over three years now. The stunning actress tells us when they’re finally going to tie the knot.

All good things are work the wait. Former Desperate Housewives star Jesse Metcalfe, 40, popped the question to Cara Santana, 35, in Aug. of 2016, but the couple still isn’t anywhere close to having a wedding. The Vida actress tells HollywoodLife.com EXCLUSIVELY that they’re in no rush because they already feel married. “The truth is we really have not set a date, but we are talking about it now that it looks like he’ll be wrapping up the final season of his series and we can make some time in our schedules to plan a wedding,” she says of her fiance’s Hallmark Channel series Chesapeake Shores. “I honestly feel like I’m already married because we’ve been together forever!” she adds.

At the time of their engagement, the couple known each other for over 10 years so no wonder Cara feels like they’re already husband and wife. Jesse popped the question on August 13, 2016 as the couple cruised along the Hudson River off of New York City at sunset in a 50-foot sailboat. Then the actor gave Cara a stunning 5.5-carat emerald cut diamond ring while asking for her hand in marriage. The hunk carefully planned out the proposal, as he even made sure to have Eric Clapton’s “Pretty Girl” playing while he got down on one knee.

As for why their relationship works so well, Cara tells us, “I think independence first and foremost! We both really love to have our own lives and I think because we’re so fulfilled individually we’re able to bring so much to our relationship when we’re together. I think it goes without saying that trust and communication, support and being friends first is also incredibly important but I think that a lot of times couples forget who they are outside of the relationship and that’s certainly not a problem for us.” No wonder their romance is so healthy!