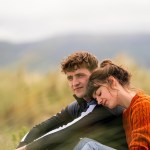 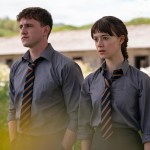 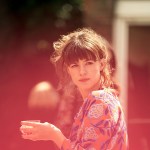 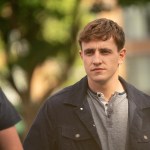 Paul Mescal made our hearts melt in Hulu’s drama series ‘Normal People.’ His terrific performance earned him his first Emmy nomination at 24. So, who is Paul Mescal? Here are 5 key things to know.

Normal People became one of the big TV hits of 2020 and made stars Paul Mescal and Daisy Edgar-Jones breakout stars. Paul is a first-time Emmy nominee for his first-ever TV role as Connell in Normal People. He’s nominated for Outstanding Lead Actor in a Limited Series or Movie. The 24-year-old is a star on the rise and one to watch for in the years to come.

2. He’s already got another big project lined up. Paul will star in Maggie Gyllenhaal’s directorial debut film The Lost Daughter. The movie will be Paul’s feature film debut.

3. Paul starred in a Rolling Stones music video. In the music video, which was released in Aug. 2020, Paul dances and lip-syncs in an empty hotel room to “Scarlet.” The song was recorded by the Stones in 1974 with Led Zeppelin’s Jimmy Page playing the guitar.

4. He’s a notable stage actor. After graduating from The Lir Academy at Trinity College Dublin in 2017, Paul starred as Jay Gatsby in the theater production of The Great Gatsby at the Gate Theatre in Dublin. He also starred in Irish theater productions of The Red Shoes, A Midsummer Night’s Dream, and more before his big break in Normal People.

5. He was a football player before he got into acting. He was a competitive Gaelic football player for years and thought he was going to pursue that as a career. “I’d been chasing that to some degree. But I never saw it as a valid career choice,” he told GQ. “When it came to applying for colleges, I was putting down law and arts and things that would support playing Gaelic football.” However, everything changed when he participated in The Phantom of the Opera at school. He fell in love with acting.