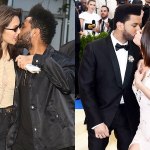 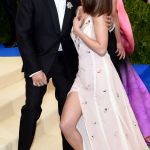 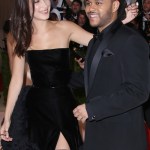 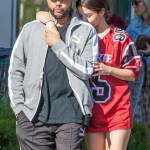 He’s dated two of the most gorgeous women in Hollywood. Now, take a look back at The Weeknd’s iconic relationships with Bella Hadid and Selena Gomez.

The Weeknd‘s tends to keep his private life under wraps — except when it came to dating his two great loves. The “Can’t Feel My Face” singer, born Abel Tesfaye, had seemingly fairytale romances with ex-girlfriends Bella Hadid and Selena Gomez. But all good things must come to an end. Take a look back at The Weeknd’s relationships with Bella and Selena, and find out his current relationship status!

The “Star Boy” singer first began dating Bella in 2015, when they were spotted together at the Coachella music festival. In December of the same year, the supermodel went on to have a starring role in The Weeknd’s music video for his track “In The Night” off of his album Beauty Behind The Madness. While the duo kept the details of their relationship fairly private, they were often spotted out and about together and in 2016 made their red carpet appearance at the 2016 Grammy Awards. By November of that year, however, the pair went their separate ways due to conflicting schedules and rigorous work commitments.

However, they remained friends. That’s how they made an incredibly awkward situation — The Weeknd performing as she walked down the runway in lingerie at the 2018 Victoria’s Secret fashion show — not a big deal. He even attended Bella’s 22nd birthday party in New York City, where they kissed. Surprise!

The Weeknd and Bella rekindled their relationship in May 2018, only to call it quits again in August 2019. Fans believed that the remnants of their relationship were strewn throughout his 2020 album After Hours. In “Escape From L.A.,” The Weeknd sings, “She got Chrome Hearts hanging from her neck.” Chrome Hearts is the name of the streetwear brand Bella has done multiple collaborations with. Coincidence?

Not long after his breakup with Bella, The Weeknd went on to date “Lose You To Love Me” songstress Selena in January 2017. The duo made a few public appearances together, most notably at the 2017 Met Gala where they packed on the PDA in their glamorous outfits. Their summer of love gave way to the couple moving in together in New York City by September of that year. But it was a relatively short-lived arrangement, and the two went their separate ways by October, several months after Selena had her kidney transplant.

Though their relationship did not last long, fans have reason to believe that Selena inspired the song “Save Your Tears” off of The Weeknd’s album After Hours. The opening lyric to The Weeknd’s track goes, “I saw you dancing in a crowded room,” which could point to one of Selena’s songs on her recent album, Rare, titled “Crowded Room.” The song also includes lyrics like, “Take me back ’cause I want to stay,” and “You could’ve asked me why I broke your heart / You could’ve told me that you fell apart.”

Who Is The Weeknd Dating Now?

For now, The Weeknd is keeping his private life, well, private. Since splitting with Bella in 2019, he hasn’t been romantically linked to anyone. Rumors swirled in December 2020 that he was getting hot and heavy with “TKN” singer Rosalía, 27, after she appeared in his steamy “Blinding Lights” remix video. But alas, it was just that — a rumor.