Peter Weber will be visiting the hometowns of his final four women — Kelsey Weier, Victoria Fuller, Madison Prewett and Hannah Ann Sluss — on the Feb. 17 episode of The Bachelor. This season started with 30 ladies vying for Peter’s heart, and he has narrowed it down to these four, with hopes that one will be his future wife. Hannah Ann was the first woman who Peter truly clicked with on the show. So much so, in fact, that he gave her the first impression rose on night one of filming! Peter and Hannah Ann’s physical chemistry is obvious, and he’s clearly super into her.

Madison got the first one-on-one date on this season, and her relationship with Peter was very quickly taken to the next level, as she met his family and friends right away. Peter took Madison to his parents’ vow renewal ceremony, and they quickly connected. After that, Madison avoided all the drama that was going on with the other girls, so she didn’t get much screen time. Still, Peter managed to always find time to hang out with her alone in group settings, and their connection was very much still there during her second one-on-one date during the Feb. 10 episode.

Kelsey has had quite an emotional journey on this season of The Bachelor. She got into a fight with Hannah Ann over a bottle of champagne at the beginning of the season, and has been on a bit of an emotional roller coaster ever since. Another contestant, Tammy Ly, even accused her of drinking too much and being “emotionally unstable,” which led Kelsey to blow up and fear for where she stood in Peter’s eyes. However, Peter’s feelings for her never wavered, and they’re in a really good place. 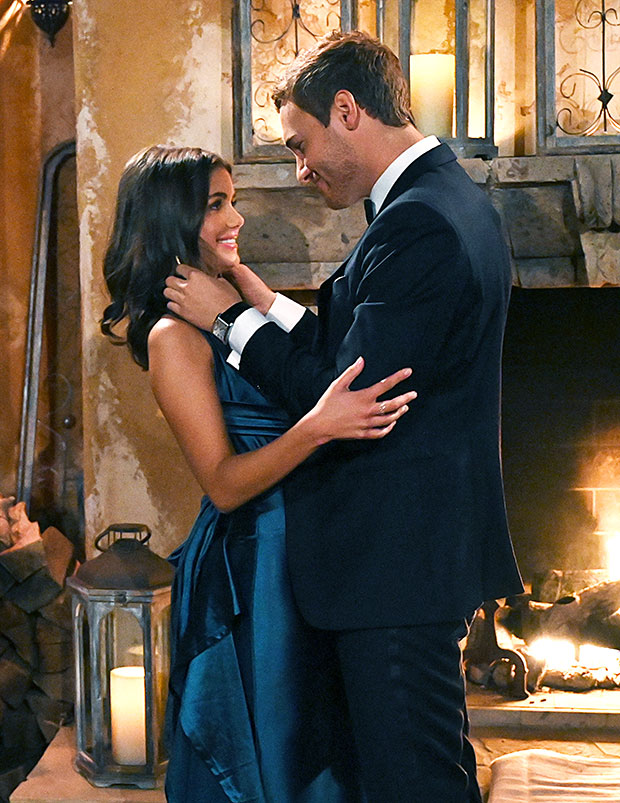 Victoria’s relationship with Peter has gone through more ups and downs than the others. She’s let her nerves get the best of her a few times, and things got pretty tense when her ex, Chase Rice, showed up to perform on her one-on-one date with Peter. They got past it, but there was also some tension on their next one-on-one. Before making the final four, Victoria even accused Peter of “always being in a bad mood,” and they got into a bit of a tiff. Still, Peter clearly feels that there’s something special about Victoria, because he’s continued to look past all of their issues week after week.

The most intimate moments between these couples on The Bachelor is yet to come. Ahead of hometown dates, click through the gallery above to check out Peter’s hottest moments with his final four!