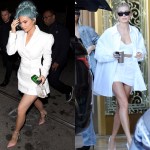 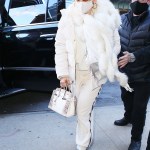 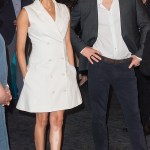 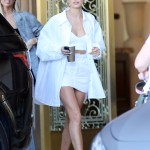 Jennifer Lopez absolutely glowed in her all-white ensemble as she stepped out for her New Year’s Eve performance rehearsal! See the photo of her look and more.

Wearing white after Labor Day is no longer taboo — it’s actually encouraged! White, though a difficult color to pull off, is a classic, clean-cut color for any formal occasion. A number of stars have dared to rock monochromatic looks featuring the color in the past. Now, we’re taking a look at those who pulled it off with total ease!

There really isn’t anything that Jennifer Lopez cannot pull off. But when she stepped out for her rehearsal time in preparation for her big performance on New Year’s Eve, she totally stunned. The “In The Morning” songstress, 51, wore white from head to toe. J. Lo fashioned white sneakers and joggers along with a loose-fitting sweatshirt beneath her heavy-duty coat. On top of her winter apparel, she also sported a scarf of fur and even a white face mask! J. Lo’s handbag perfectly matched her ensemble, and her sunglasses featured white frames to go along with the look.

Kylie Jenner has never played coy when it comes to trying new looks, styles, and colors in her wardrobe. On New Year’s Eve 2018, the Keeping Up With The Kardashians star sported a fitted white mini-dress cut like a blazer. The outfit looked white hot on the makeup mogul, and she fashioned ice blue hair to go with her look. Adding a few small accessories, including a translucent purse, Kylie’s white ensemble was totally the center of her New Year’s Eve outfit!

A helpful tip on wearing white outside of the summer months is to mix in another color — and that color can be neutral or bold. Taraji P. Henson added gray, wearing Brandon Maxwell at the Hollywood Film Awards on November 4, 2018. While Rita Ora added some sparkle to her look, wearing white sequins at the Westfield 10th Anniversary Celebration in London on October 30, 2018. What a stellar look to ring in the new year!

Meghan Markle, the Duchess of Sussex, looked gorgeous in a white gown while attending a dinner at the palace in Nuku’alofa in Tonga on October 25, 2018. By pairing her white Theia gown with a black clutch and black heels, it didn’t look one bit bridal, which gives some hesitation when venturing toward white gowns. Victoria Beckham wore a chic white suit she designed herself while receiving the Fashion Icon Award at the People’s Choice Awards on November 11, 2018, proving that a classic white suit can go a long way.

Choose your fabric wisely when wearing winter white. Pick a heavier knit, or a woven tweed. It might be an intimidating color to pull of, but if these stars can do it, so can you! If you need further inspiration, just check out the celebs working white with total confidence in the gallery above.