It’s Chris Brown’s 31st birthday, and in honor of the special day, we’re looking back at some of the singer’s best photos with his first-born child, Royalty Brown.

Chris Brown is one dedicated dad, and as he rings in his 31st birthday, he has TWO kids to be proud of: Royalty Brown, 5, and Aeko Brown, 5 months. Unfortunately, Aeko and Chris haven’t gotten to take many photos together in the months since the little guy was born, since Aeko has spent most of his time in Germany with his mom, Ammika Harris. However, Chris has attended many events with his little girl, Royalty, over the years, and to celebrate his birthday, we’re looking back at some of their cutest father/daughter moments together.

When news first broke in 2015 that Chris had fathered a child (then nine months old), the Internet was shocked. He was dating Karrueche Tran at the time, and she didn’t find out that he had cheated on her until news of Nia Guzman’s pregnancy and Chris’ paternity went public. Considering Chris’ past, trouble with the law and partying lifestyle, he certainly seemed like the last person who would be ready to have a daughter. However, once Royalty was in his life, he completely embraced the role, and has spent ample time bonding with her in the years since.

Chris has taken Royalty to some of the most high-profile events that he’s attended over the years. In Jan. 2020, she was his date to the Grammy Awards, and they looked so cute while taking pics together on the red carpet. She also attended the Billboard Music Awards with the singer when she was just one-year-old. Chris carried her on the carpet as they posed for photographers. 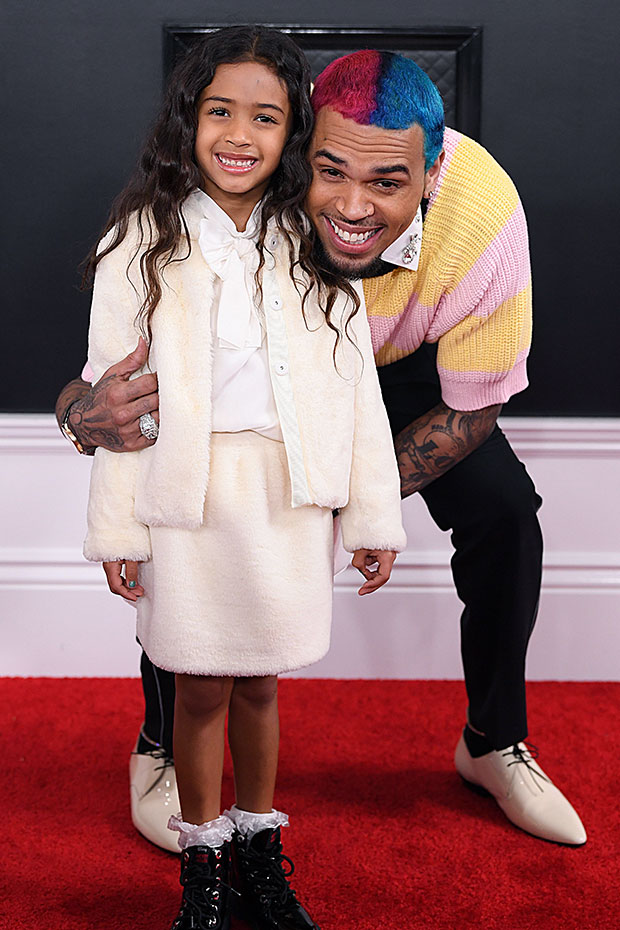 Click through the gallery above to check out more cute photos of Chris and Royalty together in honor of Chris’s big day! Meanwhile, Royalty will also celebrate her birthday later this month — she turns six on May 27.