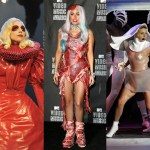 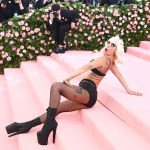 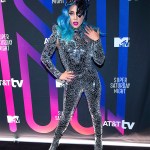 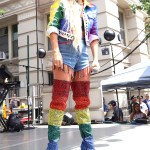 Over the years, Lady Gaga hasn’t shied away from wearing outrageous look on the red carpet and out in public.

When it comes to making a fashion statement, no one does so quite like Lady Gaga. Over the years, Gaga hasn’t been afraid to take risks and rock outrageous looks, and we love the way she so effortlessly makes just about ANYTHING qualify as an outfit. In honor of the singer’s 35th birthday on March 28, we’ve rounded up some of her wildest and wackiest looks from over the years.

It’s no secret that one of Gaga’s most outrageous looks of all-time was what she wore to the 2010 MTV Music Video Awards. The singer literally showed up on the red carpet in an ensemble made out of raw beef. This wasn’t only a super fierce fashion move, but it was quite a brave one, too. Obviously, Gaga was the talk of the night in her outfit, and to this day, it remains her most memorable look.

The Grammy Awards may be the most prestigious night in music, but Gaga hasn’t been afraid to make a big fashion statement at the show. In 2017, she showed up on the red carpet in a crop top that barely covered her chest and put her entire midriff on display. She paired the dramatic top with leather shorts and fishnet tights, along with fierce, thigh-high leather boots. Oh, and she also wore sunglasses, which is always a bold move!

At the beginning of 2020, Lady Gaga attended Super Saturday Night ahead of the Super Bowl in Miami. Before performing at the event, she walked the red carpet in an insane bodysuit, which featured long sleeves and wrapped all the way down to her feet. She also had bright blue hair and wore a dramatic headpiece to add some more flair to the ensemble.

At the most high-profile fashion event of the year, Lady Gaga literally took red carpet photos in lingerie — and it totally worked. At the 2019 Met Gala, Gaga was one of the hosts of the event alongside Anna Wintour. She was one of the first big stars to show up on the carpet, and she was wearing a dramatic, pink, parachute dress. As she made her way inside, though, she began stripping down to another outfit…and another…and another! By the end, she was in a sequined bra and short shorts, along with sky-high boots and sparkling tights. Whoa!

There are plenty of more amazing Gaga looks where these come from, though. Check out the gallery above to look back at some of the singer’s wildest and wackiest outfits over the years.