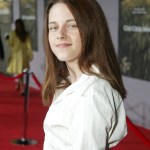 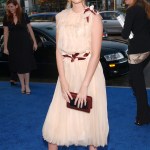 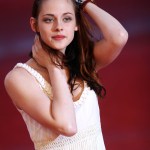 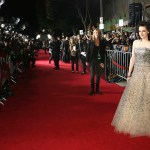 Take a look at Kristen Stewart’s incredible transformation throughout her career!

Happy birthday, Kristen Stewart! Today, April 9, marks the dynamic artist’s 31st birthday, and it’s the perfect time to celebrate the actress by taking a look back at her remarkable career. Kristen has truly gone through such a change over the course of her time in the spotlight. Somehow, she’s managed to lead a blockbuster franchise, become a fashion icon, and star in a number of independent features. So, let’s take it back to the start.

Kristen’s career really kicked off when she starred opposite Jodie Foster in the 2002 film Panic Room. The child star grew up around the entertainment industry during her young life and was so excited to continue her acting pursuits. Kristen followed up the film with more unique projects, including Catch That Kid, Zathura: A Space Adventure, and Into The Wild. The role that would change the trajectory of her career, however, came in 2008 when she was just a teenager.

Twilight, based on the Stephanie Meyer novel of the same name, made Kristen a household name. She portrayed Bella Swan in the franchise, opposite Taylor Lautner as Jacob Black and Robert Pattinson as Edward Cullen. Kristen and Rob had a memorable romance in the early 2010s. Following the Twilight saga, Kristen was ready to get back to her artistic roots.

The actress appeared in a string of independent projects that really challenged her talent. For 2014’s Clouds of Sils Maria, Kristen became the first American actress to be nominated for the César award for Best Supporting Actress, eventually winning the honor — equivalent to the French version of an Academy Award. She continued to star in fascinating, thought-provoking pictures, such as Certain Women, Personal Shopper, and the romantic comedy Happiest Season.

Up next, Kristen will take on the towering task of playing Princess Diana in the upcoming film Spencer. It’s so clear that Kristen has totally transformed from child and teen star, to powerhouse artist. Want to see more photos of Kristen through the years? Head up to the gallery above to see her transformation in photos!