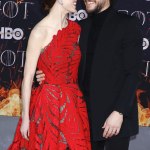 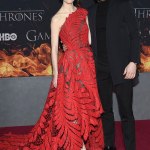 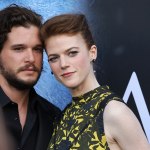 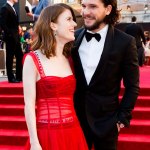 The ‘Game Of Thrones’ stars have come so far since they first met on the set of the iconic HBO fantasy show. Look back on some of the major moments of their relationship.

Nearly ten years after first dazzling audiences as the stars of Game Of Thrones, Kit Harington, 34, and Rose Leslie, 34, continue to be a beloved couple in the entertainment industry. After debuting as two of the leads in the iconic HBO series, the pair have gone on to have many successful roles outside of the fantasy show. The Scottish actress and English actor have gone on to play many other memorable characters besides Ygritte and Jon Snow. Rose starred in the 2014 film Honeymoon, and Kit just made his debut in the Marvel Cinematic Universe in Eternals. Look back on some of their relationship highlights here!

The couple meet while filming ‘GOT’

While Jon Snow and Ygritte fell in love in season 2 of the show, so did Kit and Rose! After Jon rescued Ygritte, the two characters caught feelings, and the onscreen chemistry translated to the stars. Kit reflected on the series, and called meeting Rose his favorite part of filming the second season in a 2016 Vogue interview. “The three weeks in Iceland when we were shooting the second season. Because the country is beautiful, because the Northern Lights are magical, and because it was there that I fell in love,” he said. “If you’re already attracted to someone, and then they play your love interest in the show, it’s becomes very easy to fall in love.” 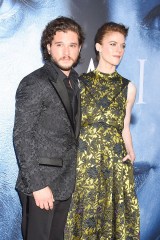 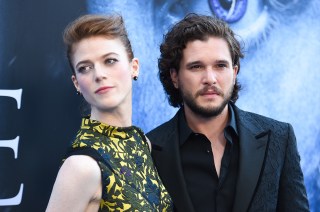 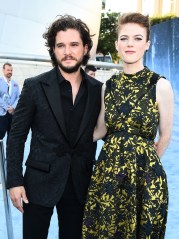 While the couple stuck together in real life, their onscreen romance came to an end when (spoiler alert) Ygritte was killed in season four of Game Of Thrones. While Kit continued working on the show, Rose made sure that he didn’t spoil anything for her. “I for sure ask Kit not to show me his excitement after he has read an episode, simply because I don’t want to read anything in his eyes,” she told Entertainment Weekly in 2018. “So when he’s at the other end of the room and reading the episode, it’s like, no … we are not going to have eye contact for a long time. Go make a cup of tea. Calm down.”

The pair go public with their relationship

Kit and Rose usually keep their relationship to themselves, but the pair went public in 2016 at the Olivier Awards, when they arrived on the red carpet, after there had been rumors that they’d been dating for years, sparking with their onscreen chemistry in 2012.

After years of dating, the couple announced that they were engaged in The Times in September 2017. “The engagement is announced between Kit, younger son of David and Deborah Harington of Worcestershire, and Rose, middle daughter of Sebastian and Candy Leslie of Aberdeenshire,” the announcement in the paper said. Before they announced their engagement, Australian superstar Nicole Kidman pressed Kit to marry his girlfriend during a June 2017 interview on The Late Late Show With James Corden. Kit mentioned that he and Rose had moved in together, while he appeared alongside Nicole on the talk show. She asked if they had wedding bells in the future, after moving in. “I’ve been put on the spot by Nicole Kidman,” he quipped.

The couple tied the knot on June 23, 2018 at Scotland’s Kirkton of Rayne and had a reception at Wardhill Castle, via Harper’s Bazaar. Plenty of their GOT co-stars helped celebrate their nuptials including Sophie Turner and Peter Dinklage. The pair also paid tribute to their meeting on the show with an invitation that had a stamp of Jon Snow to invite their friends and family to the ceremony, per DailyMail.

Rose announced that she was pregnant when she debuted her baby bump in an issue of Make Magazine in September 2020. While the couple never made a formal announcement that Rose had given birth, the actress was seen out carrying the little one in a carrier in February. It was later confirmed that they’d had a boy by E! News.