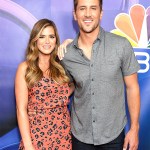 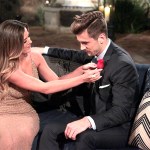 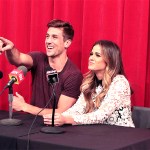 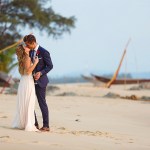 JoJo Fletcher’s season of ‘The Bachelorette’ will be recapped during a June 29 special, so we’re looking back at some of her sweetest moments with fiance, Jordan Rodgers, over the years.

It’s been more than four years since JoJo Fletcher and Jordan Rodgers fell in love on season 12 of The Bachelorette. The lovebirds are one of the rare couples to still be together after meeting on The Bachelor or The Bachelorette, and their love story is being honored during the June 29 episode of The Bachelor: The Greatest Seasons — Ever! Although fans were skeptical that JoJo and Jordan would last, they’ve certainly proven that their love is the real deal.

JoJo became the Bachelorette after having her heart broken by Ben Higgins on season 20 of The Bachelor. Ben infamously told both JoJo AND Lauren Bushnell that he was in love with them, but he devastated JoJo (and millions of viewers) by dumping her at the final rose ceremony. Luckily, JoJo found Jordan on The Bachelorette, and she accepted his proposal in May 2016 (the season aired that summer).

Jordan was accused of using The Bachelorette for fame when he was on the show, and many viewers did not think that the relationship would last. In the real world, JoJo and Jordan decided to take things slow and not rush into getting married. In August 2019, Jordan re-proposed to JoJo with a ring that he purchased himself, and the two finally set a wedding date for summer 2020.

Unfortunately, the couple’s plans were derailed by the coronavirus pandemic, and they had to push their nuptials back to 2021. “As you know by now we had to postpone our big day until next year,” Jordan wrote on Instagram on the pair’s would-be wedding day, June 13. “And although I would be just as happy saying I do right here covered in paint….our dream wedding will have to wait just a little longer I guess. I love you [JoJo] and I can’t wait to marry you in 2021!”

6.13.20 … Happy “What would have been Wedding Day” to us! ☺️ As you guys know, we have spent the last 11 months planning the wedding of our dreams but given the circumstances of 2020, we had to make the difficult decision to postpone our special day. Even though I don’t get to marry you todayyyyy @jrodgers11, I know it will be all more worth the wait. ⁣ ⁣ 2021, we 𝘳𝘦𝘢𝘭𝘭𝘭𝘺𝘺𝘺𝘺𝘺 can’t wait for you. 🤍

Clearly, JoJo and Jordan are thriving since the meeting on The Bachelorette. Relive some of the sweetest moments in their romance by scrolling through the gallery above!