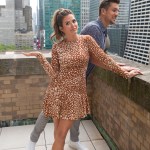 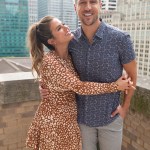 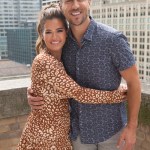 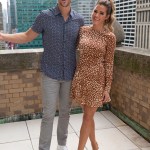 JoJo Fletcher & Jordan Rodgers are *almost* ready to tie the knot & maybe even start a family! They admitted to HL what they have in the plans!

We’ve been waiting for this day! One of our favorite Bachelor Nation couples, JoJo Fletcher and Jordan Rodgers visited the HollywoodLife Podcast with some exciting news to share! In addition to their new show Cash Pad on CNBC, the engaged couple revealed they’ve begun to plan their wedding, which they hope to be next spring in California. “I know I want something outdoors, florals are really important. I know it’s probably going to just cost so much money just after what I want on my Pinterest board!” JoJo laughed in the EXCLUSIVE interview with HL. “Oh yeah, it’s already planned! The Pinterest board is a mile long!” Jordan chimed in.

In all seriousness, JoJo said she is hoping for the big day to be “outdoor, beautiful, whimsical,” with “tons of greenery.””On my wedding day, no matter what happens, I’m not going to lose my shit if something doesn’t go right, I need to enjoy that day!” the former Bachelorette promised. “You know, at the end of the day, who cares?!” We’re sure it’s going to be just perfect, no matter what! While it seems as JoJo has pretty much everything under control, Jordan did want to have say on one thing in particular — the dessert table.

“I want the mini little pies, I want cupcakes, I want some kind of cheesecake — I love cheesecake these days… Jell-O shots… let’s mix things up!” the sports commentator explained, but JoJo wasn’t thrilled with the idea of “Jell-O shots,” quickly quipping, “This isn’t a frat party, it’s our wedding!”

When the question of starting a family came up, Jordan totally accused JoJo of having baby fever (which she’s admitted on her Instagram while posing with her nephew!) But, JoJo revealed she wanted them to enjoy married life before having kids. “I love babies, once my nephews were born I had hardcore baby fever, and then I started to take in the aunt life and love being an aunt,” she explained. “I want to enjoy married life! I want us to do things still, but if it happens, it will be the happiest day of my life!”

The couple did say they certainly have the room for their future family, as they just purchased a stunning place of their own in Dallas, Texas. Of course, in their style, they plan to redo a few portions of the house in order to make it their perfect home! In the meantime, JoJo and Jordan have flipped other people’s properties on their new show Cash Pad, airing on CNBC. For the last few months, the duo have invested their own money in renovating properties for people to use as short-term rentals through sites like Air BnB. The show airs every Tuesday at 10 PM ET on CNBC and is a must-watch! Stay tuned for the FULL interview with Jordan and JoJo, on the HollywoodLife Podcast next Monday, July 29!