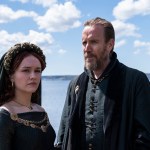 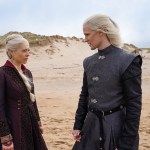 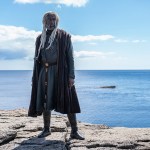 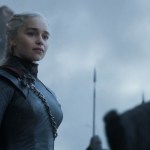 The highly-anticipated ‘Game of Thrones’ prequel, ‘House of the Dragon,’ dropped its first teaser on October 5. Get ready for lots of fire and blood.

A post shared by House of the Dragon (@houseofthedragonhbo)

HBO announced on April 26, 2021, that House of the Dragon was officially underway. A photo of the very first table read was shared on the official House of the Dragon Instagram page. “Fire will reign… The @HBO original series #HouseoftheDragon is officially in production… Coming to @HBOMax in 2022,” the caption read. The main cast members were socially distanced in a room as they read their first script.

'Game of Thrones' Cast Where Are They Now -- Pics 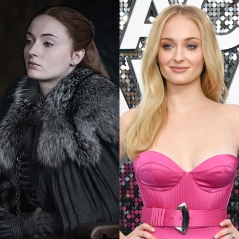 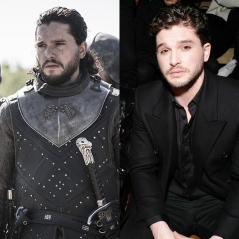 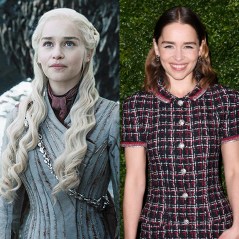 The first teaser for House of the Dragon was unveiled on October 5. The show takes place 200 years before the fall of the Iron Throne when the Targaryen dynasty reigned. The teaser gives us glimpses of the new Targaryens, their allies, and their enemies.

“Gods. Kings. Fire. Blood,’ Matt Smith’s Daemon Targaryen says in the teaser. His voiceover closes out the trailer with, “Dreams didn’t make us kings. Dragons did.”

‘House Of The Dragon’ Cast

Paddy Considine has been cast as King Viserys Targaryen. Viserys was the fifth Targaryen king to sit on the Iron Throne. He is one of Daenerys Targaryen’s ancestors. Viserys was chosen by the lords of Westeros to succeed the Old King, Jaehaerys Targaryen, at the Great Council at Harrenhal. A warm, kind, and decent man, Viserys only wishes to carry forward his grandfather’s legacy, according to HBO. He is also a dragonrider.

HBO confirmed the addition of 3 main cast members on Dec. 11. Matt Smith will play Prince Daemon Targaryen. Daemon is the younger brother of King Viserys and heir to the throne. Daemon is a peerless warrior and a dragonrider who possesses the true blood of the dragon. But it is said that whenever a Targaryen is born, the gods toss a coin in the air. Matt is best known for his roles in Doctor Who and The Crown.

Olivia Cooke will play Alicent Hightower. She’s the daughter of Otto Hightower, the Hand of the King, and the most comely woman in the Seven Kingdoms. She was raised in the Red Keep, close to the king and his innermost circle; she possesses both a courtly grace and a keen political acumen. The 26-year-old is best known for her roles in Bates Motel and Vanity Fair.

Emma D’Arcy has been cast as Princess Rhaenyra Targaryen. Rhaenyra is the king’s first-born child. She is of pure Valyrian blood, and she is a dragonrider. Many would say that Rhaenyra was born with everything…but she was not born a man. She recently starred in the Amazon Original series Truth Seekers.

Additional cast members include Rhys Ifans. He will play Otto Hightower, who notably served as Hand of the King to three kings. Steve Toussaint will star as Lord Corlys Velaryon, a.k.a. the Sea Snake. Eve Best and Sonoya Mizuno will also star in House of the Dragon.

Fabien Frankel will play Ser Criston Cole, according to Deadline. He is of Dornish descent and the “common-born son of the steward to the Lord of Blackhaven. Cole has no claim to land or titles; all he has to his name is his honor and his preternatural skill with a sword.”

Outlander alum Graham McTavish has also been cast in a secret role. “I’m enjoying that, yes,” Graham told Stylist when asked about House of the Dragon. “I’m really having a lot of fun. We’ve just started. It’s a very big project, so we’re getting to know each other. They’re lovely people. It’s great, but I can’t tell you too much. I can’t tell you really anything about the story! But it involves a lot of dragons.”

‘House Of The Dragon’ Storyline

House of the Dragon is all about the story of House Targaryen. The Targaryen family has a rich history, so there’s a lot of ground to cover. Back in 2019, George teased in his official blog: “If you’d like to know a bit more of what the show will be about… well, I can’t actually spill those beans, but you might want to pick up a copy of two anthologies I did with Gardner Dozois, DANGEROUS WOMEN and ROGUES, and then move on to Archmaester Gyldayn’s history, FIRE & BLOOD.”

Fire & Blood encompasses Targaryen history from Aegon the Conqueror to Aegon III. Given that King Viserys Targaryen is going to feature prominently in the 10-episode series, it’s likely the show will take place around the time of his reign, which was from 103 AC to 129 AC.

House of the Dragon will take place 200 years before the events of Game of Thrones. So don’t expect any cameo appearances from the original Game of Thrones cast. We’ll be dealing with all-new characters in the prequel.

A premiere date has not been confirmed by HBO officially, but HBO President of Programming Casey Bloys told our sister site Deadline in Jan. 2020 that his “guess is sometime in 2022.” Casey said this back in Jan. 2020 before the COVID-19 pandemic shut down most productions around the globe for a period of time. The pandemic could have changed the original timeline, but HBO hasn’t yet given an update on the prequel’s release.

The prequel is in very good hands. George R.R. Martin and Ryan Condal will serve as co-creators. Miguel Sapochnik and Ryan will be the House of the Dragon showrunners. They’ll also be executive producers alongside George and Vince Gerardis.

Miguel notably directed 6 Game of Thrones episodes, including “Battle of the Bastards” and “The Long Night.” He was part of the executive producing team when the show won the Emmy for Best Drama Series in 2019.