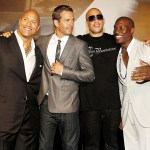 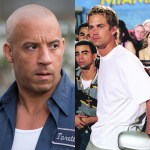 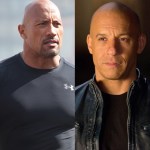 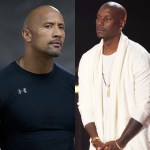 The action in a ‘Fast & Furious movie isn’t as explosive as the drama behind the scenes. From The Rock beefing with Vin Diesel to Michelle Rodriguez threatening to quit, here’s a timeline of all the ‘Furious’ feuds.

When does Fast & Furious get too furious? The high-octane franchise leaves pulses racing, hearts thudding and knuckles clenched tight – and that’s just what happens behind the camera. Since 2001, audiences have loved watching the “family” — Dom, Letty, Roman, and more — pull off some unbelievable stunts. However, as you’ll see below, there has been plenty of “family” drama once the cameras stopped rolling. From Vin versus the producers of the first sequel to Tyrese Gibson’s vocal fight against The Rock, here’s a rundown of all the drama.

Vin Diesel Vs. 2 Fast 2 Furious. The first major Furious feud came between Vin Diesel and the writers of the first sequel, 2 Fast 2 Furious. “They didn’t take a Francis Ford Coppola approach to it,” he told Variety in 2015. “They approached it like they did sequels in the ’80s and ’90s when they would drum up a new story unrelated for the most part, and slap the same name on it.” He turned down $25 million to appear in the sequel, proving that Vin was never in it for the money. He would make a cameo in the third movie, 2006’s The Fast and the Furious: Tokyo Drift, before returning fully to the franchise in 2009’s Fast & Furious (on the condition that he would also serve as the film’s producer.) From there, everything seemed to go smoothly until the filming of the eighth film, The Fate of the Furious.

The Rock Vs. Vin Diesel: The Rock, whose Agent Luke Hobbs joined the cast in 2011’s Fast 5, posted a bombshell Instagram message on Aug. 8, 2016. The picture shows him (or his character) fighting on the set of The Fate Of The Furious. In the captions, he called out his “male co-stars,” saying that “some conduct themselves as stand up men and true professionals, while others don’t. The ones that don’t are too chicken sh*t to do anything about it anyway. Candy a**es.” Many thought that The Rock was calling out Vin in this vague post, and reports said the two had a secret meeting to patch things up afterward. Two days after his first Instagram post, according to Vanity Fair, The Rock posts a second one, saying that “family is gonna have differences of opinion and fundamental core beliefs.”

On Aug. 11, 2016, Vin finally weighed in on the rumored beef by posting a sleepy video of himself promising to “tell you everything. Everything.” He doesn’t follow through, and fans are left hanging. Michelle Rodriguez confirms the feud in Sep. 2016. “Any human being who knows what men are like knows to stay out [of those] situations and let them figure it out,” she told PEOPLE. They’re ‘bros,’ man. They’re friends, and ultimately even friends reach a point where they have to set aside their differences to make a movie for multi-cultural people around the world, and that is the bigger scheme of things.”
After that? Months of silence. While doing press for The Fate Of The Furious in April 2017, Vin seemed to bury the hatchet. “In my house, he’s ‘Uncle Dwayne,’ and I’m proud of that,” he said. The Rock also indicated that the bad blood was over, chalking the beef up to “different philosophies.” However, The Rock hinted in an April 2018 interview with Rolling Stone that he’s “not sure” he’ll be back for Fast & Furious 9.

The Rock Vs. Tyrese Gibson. During the early days of The Rock versus Vin, Tyrese Gibson tried to play peacemaker by downplaying the reported beef. Yet, he changed his tune in September 2017 after The Rock shared an Instagram photo of him reviewing a movie contract, presumably for his spin-off with Jason Lathem, Fast & Furious Presents: Hobbs & Shaw.

posting an Instagram pic that indicated he was on Vin’s team. Tyrese’s beef with The Rock would take off on September 2017. Replying to a photo of The Rock reviewing a movie contract, presumably for the Agent Hobbs spin-off, Tyrese issued a warning, according to Digital Spy. “If you move forward with that #Hobbs Movie you will have purposely ignored the heart to heart moment we had in my sprinter,” he warned The Rock, per Digital Spy. “I don’t wanna hear from you until you remember what we talked about. I’m on your timeline cause you’re not responding to my texts messages. #FastFamily is just that a family……We don’t fly solo.” Tyrese would later clarify that he didn’t completely object to The Rock shooting his spin-off, but was upset how filming Hobbs And Shaw would push back the ninth Fast & Furious installment’s filming.

In October 2017, Tyrese posted a throwback shot of the Furious cast (before The Rock.) “Diversity, love, multi ethnic worldwide multi generational, United Nations, One Race, Fast Family …. Until Dewayne showed up I guess this whole time he had a problem cause he wasn’t the ONLY ONE on the movie poster. “congratulations to @hhgarcia41 and @therock you guys are just amazing you really broke up the #FastFamily.” Tyrese would continue to fire shots after the F9 release date was revealed to be April 2020.

This “feud” was strictly one-sided. Despite Tyreese’s numerous messages, The Rock never directly addressed him during the fight. Even after Tyrese threatened to quit the franchise, The Rock stayed quiet. Dwayne finally spoke about it during a July 2018 episode of Watch What Happens Live. “That whole thing with Tyrese, it was pretty disappointing because I’ve been friends with Tyrese for a very long time. And, you know, I always feel like a beef requires two people to actually jump in it, and it was really one-sided, and he had voiced his opinion a lot on social media.” The Rock said that he hadn’t spoken to his co-star since the “feud,” and that “there’s no need to have a conversation.”

Michelle Rodriguez Vs. Vin Diesel? There was another feud that came out of Fate of the Furious. Michelle Rodriguez, whose Letty Ortiz has appeared in four of the eight movies, said on June 2017 that she was thinking of quitting. “I hope they decide to show some love to the women of the franchise on the next one. Or I just might have to say goodbye to a loved franchise.” Being that Fast & Furious is Vin’s baby, was Michelle taking a shot at him? Nope. Vin and Michelle appeared together in a June 2017 Instagram video that squashed any rumors of a feud. After saying he was “the biggest supporter of strong women,” Michelle said, “I’ve always appreciated that about you throughout the years. And just know if I ever post anything, that’s not you [that] I’m talking to.”