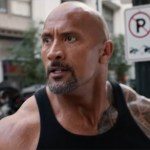 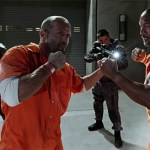 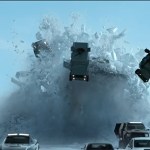 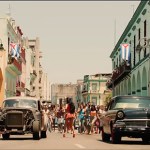 No one messes with Dominic and Letty! After Michelle Rodriguez threatened to leave the ‘Fast & Furious’ franchise, co-star Vin Diesel showed his unconditional support in the cutest reunion video we’ve ever seen!

“I don’t have friends, I have family.” That’s a Dominic Toretto line from Furious 7 that speaks volumes to the relationship Vin Diesel, 49, and Michelle Rodriguez, 38, have. The Fast & Furious co-stars reunited on June 30 to film a short segment together, which seemingly addresses Michelle’s Instagram post about quitting the ever-so-popular franchise. The brunette beauty begins by thanking Vin — “the biggest supporter of strong women” — she’s ever met. “I’ve always appreciated that about you throughout the years. And just know if I ever post anything, that’s not you I’m talking to.” He replies “Of course it’s not me” with the biggest smile on his face as he kisses her forehead. Watch below!

Clearly there’s no bad blood between these two, so what would make Michelle post such a thing? Her message started out as a reminder to fans to purchase the F8 DVD but quickly transitioned into a threat to quit production all together. “F8 is out digitally today, I hope they decide to show some love to the women of the franchise on the next one,” she wrote, “Or I just might have to say goodbye to a loved franchise. It’s been a good ride & Im grateful for the opportunity the fans & studio have provided over the years…One Love.” If she’s not talking about Vin, could she be targeting other co-stars like Dwayne Johnson or Jason Statham?

Apparently her threat does have something to do with the film’s male characters, but it’s nothing personal.“When there’s talk of spin-offs with The Rock and Jason’s characters, she gets upset because she thinks their should be a chance for her character to have a spin-off,” a source tells HollywoodLife.com EXCLUSIVELY. It may just be a professional conflict of interest and nothing to do with off-screen friendships.

HollywoodLifers, if Michelle actually quits the franchise — do you think Vin would follow?