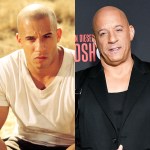 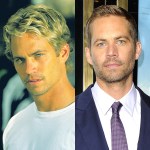 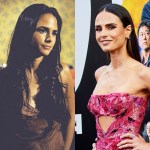 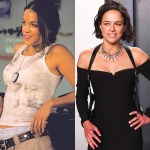 After squashing their public feud, Vin Diesel said in a message to The Rock that ‘the time has come’ for him to return to ‘The Fast & Furious’ franchise.

Vin Diesel, 54, and Dwayne ‘The Rock’ Johnson, 49, have come so far. The A-list actors once had an infamous feud while working together on the Fast & Furious movies, to the point where Dwayne called out Vin for “chicken s**t” behavior in 2016. But the beef has since been squashed — and in an unexpected message shared via Instagram on Nov. 7 that can be seen HERE, Vin even begged his former co-star to return to the blockbuster franchise for the upcoming F10.
“My little brother Dwayne… the time has come,” Vin began his message, alongside a photo of he and Dwayne from one of the action films. “The world awaits the finale of Fast 10. As you know, my children refer to you as Uncle Dwayne in my house. There is not a holiday that goes by that they and you don’t send well wishes… but the time has come. Legacy awaits.I told you years ago that I was going to fulfill my promise to Pablo. I swore that we would reach and manifest the best Fast in the finale that is 10!”
Vin, who plays Dominic Toretto in the Fast & Furious franchise, went on to tell Dwayne, who played Luke Hobbs, “I say this out of love… but you must show up, do not leave the franchise idle you have a very important role to play. Hobbs can’t be played by no other,” Vin said. “I hope that you rise to the occasion and fulfill your destiny.” Dwayne didn’t directly respond to Vin’s IG post, but fans are definitely hoping that this possible reunion comes to fruition on the big screen!

Dwayne joined Fast & Furious for 2011’s Fast Five. He returned for the next three films alongside Vin, before exiting the franchise to portray his character in the spinoff Hobbs & Shaw opposite Jason Statham. Dwayne and Vin didn’t get along while they worked together, and that became evident to the public when the former pro-wrestler called out his male co-stars — Vin included — in 2016 for their on-set behavior filming Fast 8. However, both men settled their feud and have even recently addressed the drama. During a June interview with Men’s Health, Vin said they clashed over his “tough love” approach, while Dwayne told Vanity Fair in October that calling out Vin publicly “was not the right thing to do.”

Dwayne also said that the actors had a “peace meeting” to chat about their feelings towards each other after his controversial Instagram, where they eventually settled things the best they could. “He and I had a good chat in my trailer, and it was out of that chat that it really became just crystal clear that we are two separate ends of the spectrum,” Dwayne said to Vanity Fair. “And agreed to leave it there.”