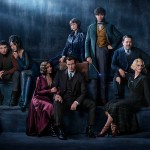 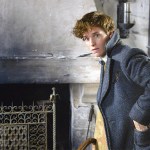 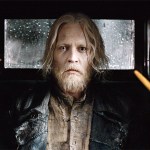 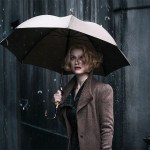 Dust off those wands because ‘Fantastic Beasts 3’ is going to conjure its way into theaters. From the cast to the Grindelwald situation, here’s everything you need to know.

It’s already been 3 years since Fantastic Beasts: The Crimes of Grindelwald hit theaters, so what’s going on with Fantastic Beasts 3? The movie is definitely happening, but it’s just taking a little longer than normal. The COVID-19 pandemic and the replacement of Johnny Depp pushed back the third installment another year.

The third Fantastic Beasts movie is filming now, and it’s going to build up to one epic battle. Almost all of your fave characters will be back, with some new faces as well. HollywoodLife has the latest updates about Fantastic Beasts 3, including an explanation of why Johnny will not be back as Gellert Grindelwald.

The Sequel To ‘Fantastic Beasts 2’

The first film in the Fantastic Beasts franchise, Fantastic Beasts and Where to Find Them, was released in 2016 and takes place 70 years before the events of Harry Potter. The film follows wizard and magizoologist Newt Scamander as he arrives in New York for a brief visit. Newt crosses paths with a No-Maj named Jacob and ends up losing his magical case, leading some of Newt’s fantastic beasts to escape. Newt and Jacob meet sisters Tina and Queenie. Newt’s beloved creatures are accused of murdering a senator with Percival Graves, director of magical security, leading the charge. However, Graves is actually Gellert Grindelwald in disguise the whole time. A young boy named Credence wreaks havoc across New York City when he transforms into an Obscurus. The climax of the film features his apparent death, but an Obscurial cannot be killed while in their Obscurus state.

The sequel, Fantastic Beasts: The Crimes of Grindelwald, was released just 2 years later in 2018. The movie starts off with Gellert Grindelwald’s escape. Months later, Newt goes to the British Ministry of Magic to get his travel rights back. He reunites with Leta Lestrange, his old friend from Hogwarts, who is engaged to his brother Theseus. Newt is offered a deal to work for the Ministry of Magic with his brother to track down Credence, but he turns it down. Newt is then asked by a young Dumbledore to help find Credence.

Grindelwald gains followers and everything comes to a head at a rally. Leta ends up sacrificing herself and attacking Grindelwald to allow Newt, Theseus, Tina, and more to escape. Grindelwald flees to Austria and gives Credence a wand. He also reveals Credence’s true identity: he’s Aurelius Dumbledore, a lost brother of Albus Dumbledore. The movie ends with Credence showing his massive power as a new wizard.

When Is ‘Fantastic Beasts 3’ Coming Out?

There will be a major casting change in Fantastic Beasts 3. Johnny Depp will no longer be playing Gellert Grindelwald. He resigned from the role in November 2020 after losing a U.K. libel suit to The Sun over allegations of abuse toward his ex-wife Amber Heard.

“Firstly, I’d like to thank everybody who has gifted me with their support and loyalty. I have been humbled and moved by your many messages of love and concern, particularly over the last few days. Secondly, I wish to let you know that I have been asked to resign by Warner Bros. from my role as Grindelwald in Fantastic Beasts, and I have respected and agreed to that request,” Johnny’s statement began. “Finally, I wish to say this. The surreal judgment of the court in the U.K. will not change my fight to tell the truth and I confirm I plan to appeal. My resolve remains strong and I intend to prove that the allegations against me are false. My life and career will not be defined by this moment in time. Thank you for reading. Sincerely, Johnny Depp.”

The role of Gellert Grindelwald was recast, with Mads Mikkelsen taking Depp’s place. Mads is a Danish actor best known for his roles in Casino Royale, Rogue One, and Another Round. He also played Dr. Hannibal Lecter in the critically-acclaimed series Hannibal.

Mads spoke out about being cast as Grindewald for the first time in December 2020. “They’re fantastic, nice people,” Mads told AP. “David [Yates, the film’s director] is fantastic, super nice, wonderful director. So, so far, it’s been great.” When asked if he had spoken to Johnny since the casting change, Mads replied, “No, I don’t know him.”

The Danish actor recently explained that his Grindelwald will be a “bridge” between his own version and Johnny’s version. “Nobody’s interested in me going in there and trying to copy anything, that would be creative suicide immediately, especially when it’s been done before and masterfully,” Mads told Collider. “So everybody’s expecting us to find a different path. Having said that, we need a bridge between what he did and what I’m gonna do, so those bridges you have to find together, whether it’s a certain look, whether it’s a certain attitude in certain situations, but you have to make it your own. Anything else would be plainly just creatively stupid.”

Chilling Adventures of Sabrina star Richard Coyle revealed in January 2020 that he had joined the cast of Fantastic Beasts 3, according to Digital Spy. “I’ve been working on something also for about five months, and I’m not really allowed to tell anybody either, but I can say what I’m doing,” he told his CAOS co-star Lucy Davis during an Instagram live stream. “I’m doing Fantastic Beasts. But I can’t say anymore, hence [points to his facial hair] this arrangement.”

What Will Happen In’Fantastic Beasts 3′?

Fantastic Beasts 3 will be set in Rio de Janeiro, Brazil. This is the third Fantastic Beasts film of five total. The film series will span 19 years. The third film, which still doesn’t have a title, will continue to build to the Global Wizarding War and The Duel between Grindelwald and Dumbledore in 1945. Both played major roles in Grindelwald’s ultimate defeat.

Not much is known about the specific plot of Fantastic Beasts 3, but there have been a few things here and there. Dan Fogler revealed to SYFY WIRE in March 2020 that “the character development is really lovely and it’s very similar to the feel of the first movie, which I think is great. It’s leading toward this massive war with the backdrop of World War II, so you can just imagine epic battle scenes are coming.”

Fans have been hoping to see a younger Hagrid at some point, and Dan has a theory that Jacob could be Hagrid’s adopted father. “I love Hagrid, who doesn’t love Hagrid, man? And I always thought that there was a moment there where he’s like on a date with the other giantess, and he’s talking about, like, ‘Well my mother was a giant and my father was a wee little man and she would put him up on the shelves…'” he told The Movie Dweeb. “And then I started thinking, what if I [Jacob] was his adopted father? [Hagrid’s mother] was there and she comes to Newt and she’s like, ‘I have my baby boy, can you take care of him?’ and Newt’s just like, ‘Well I’m a little busy, but…’ and there’s me and I’m like, ‘Alright, I’ll take care of this giant kid!’ I thought that would be a fun thing [and] connection there. With the whole time-turner thing, you could really have anybody show up you know…”

You only see a HINT of Lally in Fantastic Beasts 2. Her true glory is revealed in FB3. https://t.co/8vyhdlU71m

There will be a fourth Fantastic Beasts movie, but it doesn’t have a release date yet. However, the film is expected to be directed by David Yates, the man who directed the previous 3 films.

Fantastic Beasts 3 already has a lot of controversy surrounding it. In addition to Johnny’s resignation, author J.K. Rowling has come under fire for her comments about transgender people. The author was accused of transphobia after mocking a headline about “people who menstruate”
on Twitter. She later defended herself on Twitter. “If sex isn’t real, there’s no same-sex attraction. If sex isn’t real, the lived reality of women globally is erased. I know and love trans people, but erasing the concept of sex removes the ability of many to meaningfully discuss their lives. It isn’t hate to speak the truth,” she tweeted. “The idea that women like me, who’ve been empathetic to trans people for decades, feeling kinship because they’re vulnerable in the same way as women—i.e., to male violence—‘hate’ trans people because they think sex is real and has lived consequences—is a nonsense.”

She continued, “I respect every trans person’s right to live any way that feels authentic and comfortable to them. I’d march with you if you were discriminated against on the basis of being trans. At the same time, my life has been shaped by being female. I do not believe it’s hateful to say so.” She continued to defend her controversial comments in a lengthy essay she also posted in June 2020.

The backlash was enormous, from both fans and cast members from within the Harry Potter universe. Harry Potter stars Daniel Radcliffe, Emma Watson, and Rupert Grint spoke out against her. Fantastic Beasts star Eddie Redmayne did as well. “I disagree with Jo’s comments,” Eddie told Variety. “Trans women are women, trans men are men and non-binary identities are valid. I would never want to speak on behalf of the community but I do know that my dear transgender friends and colleagues are tired of this constant questioning of their identities, which all too often results in violence and abuse. They simply want to live their lives peacefully, and it’s time to let them do so.”