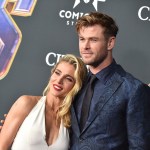 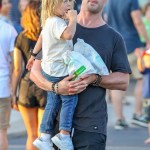 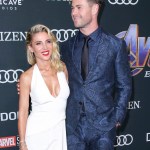 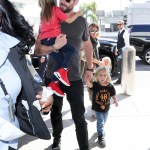 Chris Hemsworth‘s wife Elsa Pataky might not be as well known as her husband, but the couple has maintained an incredibly strong relationship and bond throughout their 10-year marriage! Elsa is just as accomplished as her husband, who’s best known for starring at Thor in the Marvel Cinematic Universe. But who is the stunning 44-year-old model and actress? How did she and the Australian actor, 37, meet, and how have they built a romance that will last a lifetime? Learn more about Elsa’s romance with Chris, his past relationships, and more with the comprehensive timeline below!

Who Is Elsa Pataky?

Elsa Pataky, born July 18, 1976, is a Spanish model and actress. She was born in Madrid, Spain. While attending Universidad CEU San Pablo, Elsa studied journalism and took some acting classes, where she fell in love with the art form. She subsequently continued to act with the Madrid theatre company Teatro Cámara de Ángel Gutiérrez, where she refined her craft and learned so much more about acting in collaboration with other artists.

As her star began to rise, Elsa made a breakthrough with English-language films. In 2011, Elsa was cast in the Fast & Furious franchise, appearing in Fast Five as Elena Neves. Elsa reprised the role in the three films that followed. Along with her acting skills, Elsa is also a model.

Prior to dating Chris, Elsa was in two high-profile relationships. She dated French actor Michaël Youn from 2004-2006, and actor Adrien Brody from 2006 until they split in 2009. By early 2010, Elsa started dating Chris, whom she met through their mutual representatives, and the pair quickly fell in love. Not long after they met, Elsa and Chris said “I do” to one another and married during the Christmas holidays in 2010! The couple have three children together — daughter India Rose, whom they welcomed in May 2012, and twin sons, Tristan and Sasha, who were born in March 2014. In 2015, Elsa Pataky and Chris Hemsworth moved their family from Los Angeles to Byron Bay in Australia, where they currently reside.

It’s undeniable that Elsa is the love of Chris Hemsworth’s life. But prior to meeting the stunning Spanish actress, Chris had only one other high-profile relationship. Between 2005-2008, Chris dated his Home & Away co-star Isabel Lucas. The two Australian actors dated for a few years after meeting on set. Neither of the actors were quite as famous as they are today, so fan fascination with the couple may have only been limited to their native Australia, which is where Home & Away was filmed and shown on TV. Everything for Chris changed when he was cast in the 2011 film Thor as the titular character in the Marvel movies. He’s reprised his role a number of times, and it’s arguably the character Chris is known for the world over!

Chris and Elsa have been married for more than 10 years. The couple will celebrate their 11th wedding anniversary in December 2021 and they couldn’t be happier with their relationship. Of course, they do have their moments, but they work on their relationship each and every day. “We did everything very quickly – I don’t know how we survived as a couple,” Elsa candidly shared with Vogue Australia in 2018. “We were married and then a year after we had kids. It puts a lot of pressure on a marriage, but we came out good because there is a lot of love between us and we are very strong personalities but love each other so much. We make it work.”

Indeed, Elsa shared with the outlet that she thinks her years with Chris “have been great. Every marriage has ups and downs – it’s constant work to be in a successful marriage and stay together forever. Chris’s parents have been together all their lives, and that’s such a beautiful thing, and their families are so close.”

For the last few years, Elsa has taken a hiatus from acting to raise the couple’s three youngsters. But she has shared the big screen with her husband. Elsa and Chris have even had the chance to work together on one of the Marvel movies! During the post-credit scene for 2013’s Thor: The Dark World, Elsa served as actress Natalie Portman‘s body double during reshoots!

With his rise to fame, and being known as a Marvel superhero, Chris really credits Elsa for being his rock, keeping him humble and being the best partner he could ask for. The actor, too, knew very early on that he and Elsa were meant to be. “There was no light bulb moment,” he told Elle in November 2015. “From the first time we met, we just made sense. She’s fun. She’s outgoing, and she has a sense of humor and a passionate attitude toward life, which is nice to try to keep up with.”

Despite being swept away when they first met, both Elsa and Chris have been very candid about the challenges they’ve faced as a couple. “My wife and I fell in love, had kids, didn’t really see each other for a few years, then fell back in love,” he told GQ Australia in October 2017. “In terms of work, she’s certainly given up more than I have. She’d like me to step back and be at home with the kids more, and of course, I want that too. But I feel like I’m at this crucial point in my career – I’ve just got to set up for longevity or I’ll slip off.”

Fortunately, the COVID-19 pandemic offered the couple an opportunity to reconnect and spend as much time as possible with one another and their little ones. Elsa and Chris have chronicled their adventures on Instagram, and fans love to learn more about their life together. We cannot wait to see how the couple’s romance continues to unfold in the years to come.