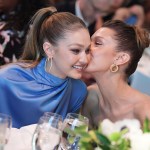 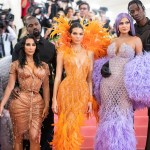 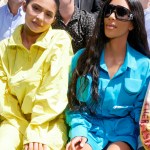 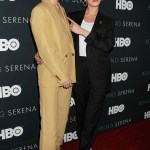 The first Sunday in August marks National Sisters Day, and to celebrate, we’re taking a look at some of the hottest photos of our fave celebrity sisters!

From reality stars to models to actresses and more, there are tons of celebrity sisters in Hollywood! In honor of National Sisters Day, which falls on August 4 this year, we’ve rounded up some of our fave famous sisters, and of course, that has to include the KarJenners. Kourtney Kardashian, Kim Kardashian, Khloe Kardashian, Kendall Jenner and Kylie Jenner are all super close, and whether they’re vacationing, attending high profile events, or just lounging around at home, they spend as much time together as they possibly can. Like with any family, there’s often some drama going on, but at the end of the day, they’ll ALWAYS have each other’s backs!

Gigi Hadid and Bella Hadid are not only part of the same family, but they have the same job as models, which means they’re practically inseparable. The ladies attend a lot of the same events and walk in many of the same fashion shows, and they’re so extremely supportive of one another. From red carpets to runways and family time at the ranch, these two are totally sister GOALS. Plus, they’re only a year and a half apart, which has strengthened their bond even further.

Some of our other fave celeb sisters happen to be the daughters of some very famous parents! Take the Hamlin girls, Delilah and Amelia, for example — their parents are Lisa Rinna and Harry Hamlin, but the girls are making names for themselves these days. The same goes for Sylvester Stallone’s girls, Sophia, Scarlet and Sistine, and Lori Loughlin’s daughters, Olivia Jade and Isabella Giannulli.

Click through the gallery above to check out some of the hottest celebrity sisters, from the gals mentioned above and plenty more, like the Olsen Twins, Dakota and Elle Fanning, and Beyonce and Solange Knowles!