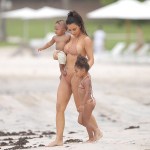 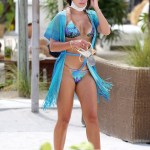 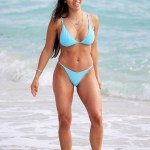 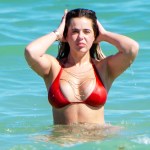 From the KarJenners to the Housewives to stars from MTV, these reality television celebs have all looked incredible in their bikinis and swimsuits over the years.

In addition to bringing some top notch drama to our television screens, many reality stars are also total bikini babes! Over the years, many of our favorite reality stars have hit the beach in their swimsuits, and we rounded up the hottest photos of them all. Of course, the ladies from Keeping Up With the Kardashians top the list of reality stars who love rocking bikinis.

It should come as no surprise that Kendall Jenner looks amazing in a bikini. After all, in addition to being a reality star — she’s also a model! Kendall has been photographed in various swimsuits over the years, including the look above, which she wore to lounge by the pool in Miami with pals. Kendall’s insanely long torso was on full display in the two-piece, which featured a bandeau-style top and teeny-tiny bottoms. Kendall completed her poolside look with sunglasses and her hair in a ponytail, as well.

Of course, Kendall’s big sis, Kim Kardashian, is also one of the ultimate bikini queens. Just months after giving birth to her second child, Saint West, Kim hit the beach while wearing a tan swimsuit, and she looked amazing with her post-baby body on display. In addition to showing off her bikini bod, Kim also proved that she’s the ultimate doting mom by playing with Saint, as well as her daughter, North West, during the Malibu outing. She was tanned and glowing while makeup-free in the sexy beach look, as well.

The ladies from the Real Housewives franchise also know how to slay in their swimsuits, though. Teresa Giudice put her bikini body front and center while vacationing in Mykonos, Greece. She was photographed in a black and white swimsuit during her glamorous vacation, and of course, she looked stunning. Teresa often posts swimsuit photos on her social media, as well, and definitely isn’t shy about flaunting her bikini bod.

Meanwhile, Lisa Rinna was photographed wearing a neon yellow bikini during a stroll on the beach. She completed her beachy look with a wrap skirt and a hat, as well as sunglasses to block out the strong sun. Lisa’s rock-hard abs were on full-display in the look, and she totally looked like a model as she strutted her stuff along the shoreline. For more photos of reality stars in bikinis, scroll through the gallery above!