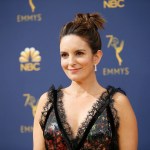 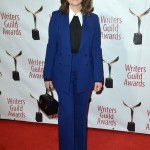 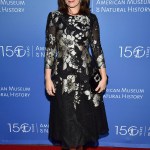 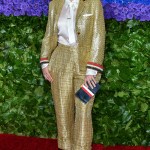 Bio:
Tina Fey (born Elizabeth Stamatina “Tina” Fey in Upper Darby Township, Pennsylvania on May 18, 1970) is an American comedic actress, writer, and producer. She has received 8 Emmy Awards, 5 Screen Actors Guild Awards, 4 Writers Guild Of America Awards, and 2 Golden Globe Awards. She was the head writer at Saturday Night Live from 1999 to 2006. She was a cast member of the show from 1998 to 2006, where she famously impersonated Sarah Palin in popular comedic skits. Tina wrote and starred in the hit 2004 film Mean Girls. Her other acting film credits include Baby Mama, Admission, The Invention of Lying, Date Night, and Megamind. On television, Tina gained notoriety for her role as Liz Lemon on 30 Rock, which she played from 2006 to 2013. Tina’s autobiography, Bossypants, topped The New York Times Bestseller List for 5 weeks. She stars in 2015’s Sisters and in 2016’s Whiskey Tango Foxtrot. She is also the co-creator of the Netflix series Unbreakable Kimmy Schmidt.

Best Known For:
Tina Fey is best known for her role as Liz Lemon on 30 Rock, as a writer and performer on Saturday Night Live and for her close friendship with fellow comedian Amy Poehler.

Personal Life:
Tina Fey met Jeff Richmond in 1994 at Chicago’s Second City improv comedy enterprise. They dated for 7 years before marrying in 2001. They have two daughters, Alice (born in 2005) and Penelope (born in 2011).

Sally Field’s Husband History: Who Has The Famous Star Been Married To Through The Years?

Dec. 18’s ‘SNL’ episode was a shuffle due to COVID! In a last minute switch, Tina Fey replaced Colin Jost on ‘Weekend Update.’

For the first time in six years, Amy Poehler and Tina Fey returned as Golden Globes hosts, and their opening monologue proved they still know how to bring the laughs!

The cast of Tina Fey’s iconic 2004 flick ‘Mean Girls’ have reunited in an effort to encourage fans to vote in the upcoming Presidential election.

As if, Mom. Tina Fey was right in the middle of an interview with Seth Meyers when her eight-year-old daughter appeared to drop a massive ‘L’ on the ‘Unbreakable Kimmy Schmidt’ creator. Rude!

Tina Fey is back! The former ‘SNL’ star showed up on on the season finale and reflected on simpler times, like when the world was worried about the Royals’ security bill.

Jamie Foxx is a ‘Soul’ man! At the D23: Expo 2019, Disney and Pixar announced the cast for their next computer animated adventure, as well as more on what the emotional flick will be about. One word: FEELS.

That’s so fetch! There’s a new Gretchen Weiners on the Great White Way. HL sat down & chatted with her EXCLUSIVELY on how she prepared to be an official member of the plastics!