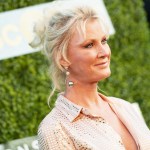 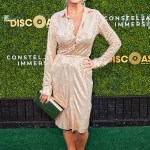 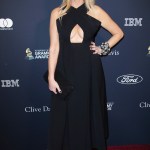 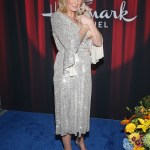 Bio:
Sandra Lee (born Sandra Lee Christiansen on July 3, 1966 in Los Angeles, California) is an American celebrity chef and author. Her show Semi-Homemade Cooking with Sandra Lee premiered on Food Network in 2003. On the show, she creates a meal and table setting based on a specific theme. Later on, the network also picked up her shows Sandra’s Money Saving Meals, Sandra’s Restaurant Remakes, and Sandra Lee’s Taverns, Lounges & Clubs. Sandra has written 25 books, and has a magazine, Sandra Lee Semi-Homemade, based on her show. In May 2015, Sandra announced she had been diagnosed with breast cancer and would be undergoing a double mastectomy.

Best Known For:
Sandra is best known for her job as a celebrity chef on the Food Network.

Personal Life:
Sandra was married to Bruce Karatz from 2001-2005. She began dating New York Governor Andrew Cuomo after the breakup, and they moved in together in 2011. The couple broke up in 2019.

After Sandra Lee spent a holiday in Europe – and after her ex, Andrew Cuomo, resigned amid sexual harassment claims – the celebrity chef returned to the USA hand-in-hand with her fiancé Ben Youcef.