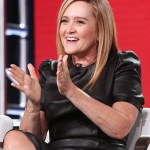 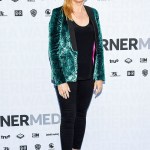 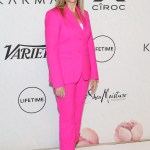 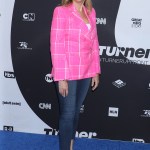 Bio:
Samantha Bee (born on October 25, 1969 in Toronto, Ontario) is a Canadian American comedian and actress. She is most widely recognized for being a correspondent on The Daily Show with Jon Stewart. Samantha started working with the show in 2003. She became the longest regular correspondent, staying with the show for 12 years. She left the show to host her own show, Full Frontal with Samantha Bee, which premiered on Feb. 8, 2016. She published the book I Know I Am, But What Are You? in 2010. In 2014, she helped husband Jason host The Daily Show while Jon Stewart was absent. Samantha’s also had roles on Bounty Hunters, Bob’s Burgers and Game On. She also appeared in 2015’s Sisters, alongside Tina Fey and Amy Poehler. In 2018, she caused controversy when she referred to Ivanka Trump as a “c**t” on her show.

Best Known For:
Samantha is best known for being a correspondent on The Daily Show with Jon Stewart and being the host of Full Frontal with Samantha Bee.

After the shocking passage of the Alabama Abortion Ban, late night host Samantha Bee is giving senators a much-needed lesson in female anatomy.

Emmy- nominated ‘Full Frontal With Samantha Bee’ correspondents, Allana Harkin and Ashley Nicole Black, weathered the storm when host Samantha slammed Ivanka Trump. Now they reveal to Hollywoodlife.com, why it was worth it.