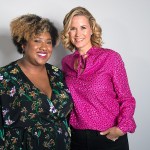 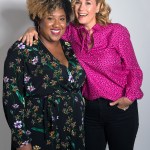 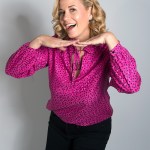 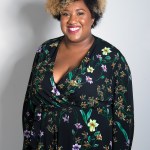 Emmy- nominated ‘Full Frontal With Samantha Bee’ correspondents, Allana Harkin and Ashley Nicole Black, weathered the storm when host Samantha slammed Ivanka Trump. Now they reveal to Hollywoodlife.com, why it was worth it.

Allana Harkin, and Ashley Nicole Black are still standing after the massive backlash against Samantha Bee, who called Ivanka Trump a “feckless c*nt“, for doing nothing to prevent migrant children being separated from their parents at the southern border. The Emmy-nominated correspondents are unrepentant about their show, Full Frontal With Samantha Bee, being one of the very first media outlets to expose the traumatizing abuse perpetrated on innocent children and their families by the Trump administration.

And now, they are getting sweet revenge on their critics with Full Frontal landing seven Emmy Award nominations, including for Outstanding Variety Talk Series, Outstanding Variety Special and Outstanding Writing For A Variety Special. Plus, after the massive media attention and the work of organizations, like The ACLU (American Civil Liberties Union), according to The Washington Post 1,992 (559 still separated) of the children have finally been reunited with their parents.

“We were sort of on top of that story (children separated from their parents) before everybody else was. I feel like if what happened (Samantha’s blistering comments), had happened a couple weeks afterwards, it wouldn’t have had as much controversy”, explains Harkin, who is also a producer on the show. Samantha set off a firestorm when she urged Ivanka Trump, Senior Advisor to Donald Trump, to “do something about your dad’s immigration practices, you feckless c*nt,” after Ivanka cluelessly posted an Instagram photo with her baby son, in the midst of the child separation crisis being exposed.

Trump supporters pounced on Bee and demanded that the TBS network drop the show, urged advertisers to boycott, and Samantha apologized. “I crossed the line, I regret it and I do apologize for that.” However, in retrospect, Ashley and Allana have no regrets. “People didn’t understand our level of outrage because they weren’t familiar yet, with the horror of what was happening to these children,” Ashley Nicole explains in our EXCLUSIVE HollywoodLife.com podcast — LISTEN TO THE FULL INTERVIEW HERE. “We were very angry and wondering why everybody wasn’t freaking out. Then, everybody eventually caught up,” says Allana.

Samantha Bee, as a mom of three herself, was genuinely outraged by the Trump administration’s cruel policy of intentionally separating migrant children, toddlers, and babies, to discourage other refugees and immigrants from coming to the U.S. to seek asylum or an opportunity to immigrate. “The thing you have to respect about Sam,” who created the show with husband, Jason Jones, after four years on The Daily Show, “is that she’s not going to hold back, she’s not going to be… I can’t say this. I can’t do this,” points out Allana. “She does things that a lot of people would not have the guts to do. In this case, she was really, really angry.”

Ashley and Allana were grateful for fan support and for celebrities, like Sally Fields rushing to back up Full Frontal. “A lot of people said, this is a story we should be really angry about. There are children in cages. And this hasn’t been solved. We’re talking about Space Force now and we haven’t connected all the families who have been separated, says Allana.”

Two of Full Frontal’s Emmys are for the show’s special: The Great American Puerto Rico, which documented the island’s efforts to rebuild after it was devastated in Hurricane Maria and then neglected by the Trump administration. It’s another example of the show taking on tough subjects and brilliantly creating comedy, out of controversy and tragedy. So what do the two correspondents think of Donald Trump’s affect on their work for the show? “A lot of people ask us, ‘Don’t you think he’s great for comedy?’ It’s like no, no. When people are afraid and angry, and having a bad time, they’re not their best at anything, including comedy,” explains Ashley Nicole.

“It’s definitely a challenge to every week to find something funny to give people that little spoonful of sugar they need to get them through the week.” Allana agrees that right now, there isn’t a lot of “good news.” The show though is “a lot about news, that we need to turn into comedy, that’s what our show does, but it’s really challenging. Some stories are so difficult, that we don’t want to tell them, but we know that we have to. Our audience is waiting for our perspective on it.”

Ashley adds that in these Trump dominated turbulent times, Full Frontal viewers are looking for relief and reassurance. “I think people are like, oh, I’m not the only one who thinks this. Also, Sam is so cool… I’m sure other people look up to her. When someone you look up to is just as mad as you are, you’re like, ok, I’m not crazy, we’re all in this together.”

Tune in to see Full Frontal with Samantha Bee, Wednesdays, 10:30ET on TBS.