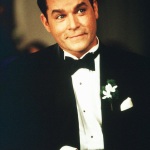 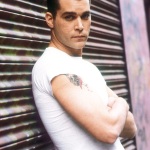 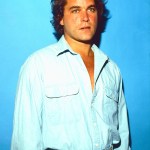 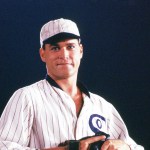 Bio:
Ray Liotta (born Raymond Allen Liotta in Newark, New Jersey on December, 18, 1954) is an American actor, film producer, and voice actor. Ray graduated from the University of Miami in 1978 with a degree in Fine Arts. However, he began his professional acting career when he moved to New York City and landed an agent within six months. One of Liotta’s earliest roles was as Joey Perrini, which he played from 1978 to 1981, on the soap opera Another World. In 1981 he quit the show so he could move to Los Angeles and try his luck in the film industry. Ray got his first major acting role in 1986 in the film Something Wild, which later earned him his first Golden Globe nomination as well. Costarring alongside Kevin Costner in 1989, Ray portrayed Shoeless Joe Jackson in the drama film Field of Dreams. Fun fact: his voice over line, “If you build it, he will come,” is number 39 on the American Institute’s list of 100 movie quotes. In 1990 Ray took on his, arguably, most famous role yet, Henry Hill in the film Goodfellas. More recently Ray has appeared in Date Night with Steve Carell, Charlie St. Cloud with Zac Efron, and The Muppets Most Wanted. However, Shades of Blue, an NBC drama series, is Ray’s most recent project. He stars alongside Jennifer Lopez and plays Lieutenant Matt Wozniak.

Personal Life:
Ray Liotta married actress Michelle Grace in February of 1997. They have a daughter together, Karsen Liotta, who was born in 1998. The couple divorced in 2004. He dated Catherine Hickland from 2007 to 2011.

A month after the shocking death of Ray Liotta, his daughter, Karsen Liotta, reunited with the ‘Goodfellas’ star’s fiancée, Jacy Nittolo, at the premiere of his final project, Apple TV+’s ‘Black Bird.’

Karsen Liotta, the only daughter of the late Ray Liotta, broke her silence following the ‘Goodfellas’ sudden death in May to say her father was ‘the best Dad anyone could ask for.”

The great Ray Liotta has passed away, leaving many in mourning, including the women who loved him: his ex-wife, Michelle Grace, and his fiancée, Jacy Nittolo.