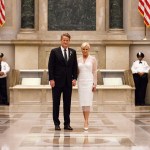 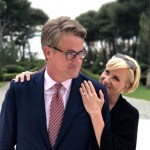 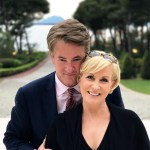 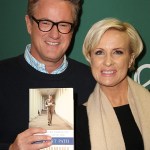 Bio:
Joe Scarborough (born Charles Joseph “Joe” Scarborough in Atlanta, Georgia on April 4, 1963) is an American cable news and talk radio host. Joe broke into politics in 1994 when he won the Republican Primary for Florida’s 1st congressional district. He resigned just five months into his fourth term in Congress, in 2000, citing that he wanted to spend more time with his children. Joe went on to host his MSNBC morning show “Morning Joe” with Mika Brzezinski. The two also have their own two-hour late morning radio show on WABC. But, in 2010, the show was put on a hiatus to reformat into a three-hour show.

Best Known For:
Joe is best known as a co-host on MSNBC’s weekday broadcast Morning Joe.

Personal Life:
Joe is outspoken about his Republican ideology. In 1986, he married Melanie Hilton, with whom he had 2 sons. They divorced in 1999. Joe went on to marry his second wife, Susan Waren, who was an aide to Florida Governor Jeb Bush. They had a daughter in 2003 and a son in 2008, although the couple divorced in 2013. On May 4, 2017, Joe and his co-host Mika announced their engagement following a trip to France. They were married on Nov. 24, 2018.

On the Jan. 7 episode of ‘Morning Joe,’ host Joe Scarborough got so angry while discussing Trump supporters’ invasion of the US Capitol that he cursed on live TV!

Dr. Oz’s shocking remarks about reopening schools amid COVID-19 drew the ire of ‘Morning Joe’ host Joe Scarborough, who condemned the TV doc for suggesting a higher mortality rate would be an okay ‘tradeoff.’

How a little bit of rock and roll in your cup of ‘Morning Joe?’ Joe Scarborough joined his rock band in NYC to debut the romantic love song he wrote about his fiancée – and MSNBC co-host – Mika Brzezinski!

OMG, this is so scary. During the Sept. 23 episode of MSNBC’s ‘Morning Joe,’ host Joe Scarborough was noticeably absent, and his co-host, Mika Brzenzinski, revealed the scary reason why — his son, Andrew, landed in the hospital after a terrifying accident.