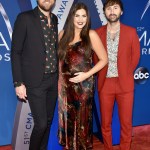 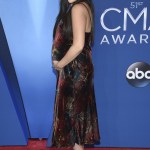 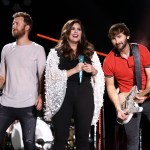 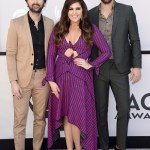 Bio:
Hillary Scott (born Hillary Dawn Scott on April 1, 1986) is an American country music singer-songwriter. She’s the lead vocalist of Lady Antebellum, a band that formed in 2006 and is signed with Capitol Nashville. Hillary was born in Nashville, Tennessee to country music artist Linda Davis and Lang Scott. Hillary lived with her parents through grade school as her parents often travelled while touring. Hillary auditioned for American Idol twice, but never made it past the judges round. She then met future bandmates, Charles Kelley and Dave Haywood, in May 2006. The group first performed together in August 2006 and signed a record deal in 2007. In August 2009, Lady Antebellum released their biggest hit ever, “Need You Now,” as the title track of its sophomore album. Today, their one of the best-selling country acts of all time.

Best Known For:
Hillary is best known for being the lead vocalist of Lady Antebellum.

Personal Life:
Hillary married drummer Chris Tyrell in upstate New York on January 7, 2012. They met when they were on tour with Tim McGraw and got engaged over the Fourth of July in 2011. On Dec. 7, 2012, Hillary and Chris announced they were expecting a baby girl. On January 29, 2018, the couple welcomed their second and third children — twin girls!

See stars like Taran Killam and more who were born on April Fools’ Day!

Lady Antebellum blew fans away at the ACM Awards with their amazing rendition of ‘Heart Break!’ It was also Hillary Scott’s 1st time back on stage since welcoming twins!

Dancing in September! Lady Antebellum and Earth, Wind and Fire brought us back to September with their incredible throwback medley for an original, CMT Crossroads performance at the CMT Music Awards!

Lady Antebellum’s Hillary Scott took a major fashion risk on the ACM Awards red carpet. The singer’s red and blue gown featured one major cutout that showed off her flat stomach! Do you love or loathe her red carpet look?

Whoa, mama! Just a little over a year after giving birth to her daughter, Hillary Scott looked glam as ever when she hit the CMA Awards red carpet in a very sexy Herve Leger dress.
Hillary Scott, 28, has two nominations along with her group, Lady Antebellum, at the 2014 CMA Awards. The mother-of-one stepped out on the red carpet in serious style, wearing a sleek black gown with a plunging neckline that flaunted her gorgeous curvy figure. Love it!