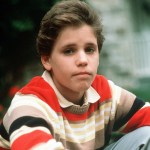 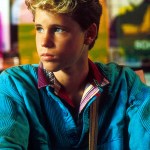 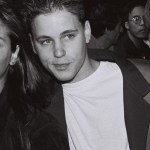 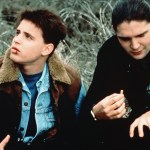 Bio:
Corey Haim (born December 23, 1971 in Toronto, Canada) was a Canadian actor in the 1980s, known for his success as a child and teen star. Corey starred in a number of films, such as Lucas, Silver Bullet, Murphy’s Romance, License to Drive, Dream a Little Dream, and Snowboard Academy, but was best known for his role alongside Corey Feldman in The Lost Boys. The pair became ’80s icons and went on to star in seven movies together and later starred in the A&E reality show The Two Coreys. Corey’s career in acting continued through the ’90s, but dwindled in the early 2000s when he fell into a terrible prescription drug habit. The Two Coreys revolved around getting Corey Haim’s career back on track, but Feldman cut ties with Haim in 2008 in the middle of filming, saying “I am not going to watch him destroy himself.” In 2010, Corey was reportedly attached to several upcoming films and slated to direct two, but he passed away before they were released. On March 10, 2010, Corey’s mother called 9-1-1 after he collapsed in his Burbank home and was pronounced dead. His death was due to pneumonia, but a coroner added that he was suffering from an enlarged heart and water in the lungs, which are typical signs of drug abuse.

Best Known For:
Corey Haim is best known for being a child and teen star in the ’80s and ’90s.

Personal Life:
Corey Haim never married or had children, but he had a number of girlfriends. Corey briefly dated Alyssa Milano, Victoria Beckham, and Tiffany Shepis. He was briefly engaged to Baywatch actress Nicole Eggert and to actress Holly Fields. On Nov. 8, 2017 a report by the National Enquirer claimed that Charlie Sheen sexually abused Corey on the set of their film Lucas. In Corey Feldman’s 2013 memoir, he alluded to Corey’s sexual assault at the hands of a “Hollywood mogul.”

Corey, 42, opened up on ‘The View’ on Oct. 29 about his best friend Corey’s Haim’s sexuality, who was molested as a teen, and sadly passed away in 2010. Keep reading to find out what he revealed!
The road to fame was heartbreaking for former child actors Corey Feldman and Corey Haim, detailed in in Corey’s new book. However, Corey set the record straight in an interview about the pedophiles that abused Corey Haim, who died at the age of 38.

Corey Feldman is best known as the adorable childhood star from ‘The Lost Boys’ and ‘The Goonies,’ but in a new book he reveals that what appeared to be a carefree life, was actually a scary and abusive childhood. He even says that his safest moments were those with his close friend, Michael Jackson.
Corey Feldman’s new memoir, Coreyography, exposes the horrors of his tortured childhood in Hollywood. Now 42, the famed actor writes that he met The Lost Boys costar, then 14-year-old, Corey Haim and they both realized they had a deeply damaging history with abusive older men.

A resident at the Oakwood apartment complex witnessed Corey Haim in his last living hours and tells HollywoodLife.com what he saw

“I saw him being wheeled out around 1 a.m. and I thought he looked alive,” Conessa said. “The ambulance was here about 30 minutes. Corey still had an oxygen mask. He appeared to still be alive.”
Read more