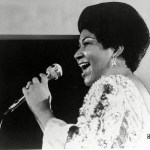 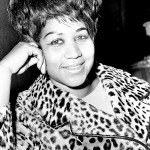 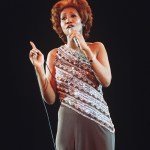 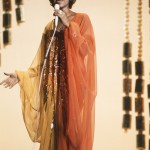 Bio:
Aretha Franklin (born Aretha Louise Franklin on March 25, 1942) was born in Memphis, Tennessee, and she began her life as a singer at her dad’s church. When she was 14, her father, C.L. Franklin, began to manage her, and brought her on his “gospel caravan” tours to perform in churches around the country. C.L. helped her get signed to her first label, which produced her 1956 album, Songs Of Faith. Aretha developed a crush on singer Sam Cooke, who traveled with her in The Soul Stirrers from time to time. She aspired to follow in his footsteps and record pop music, so her father helped her produce a two-song demo that soon caught the ears of Columbia Records, who signed her in 1960. In her six years with Columbia, Aretha had her first top 40 single with her rendition of the standard, “Rock-a-Bye Your Baby with a Dixie Melody,” and three albums: Aretha: With The Ray Bryant Combo, The Electrifying Aretha Franklin and The Tender, the Moving, the Swinging Aretha Franklin. Aretha chose not to resign with Columbia and moved on to Atlantic Records in ’67. There, she hit number one the R&B chart with “I Never Loved a Man (The Way I Love You),” which also landed at number 9 on the Billboard Hot 100, making it her first top 10 pop single. Shortly after, Aretha released her most popular song, and feminist and civil rights anthem “R.E.S.P.E.C.T,” which shot up to number one on both the R&B and pop charts. Aretha went on to release 16 albums with Atlantic before she left the label to sign with Clive Davis’ Artista Records, and her fifth Arista album, Who’s Zoomin’ Who?, became her first album to be certified platinum. Aretha has released a total of 48 albums and won 18 Grammys. She’s also the first female to be inducted into the Rock and Roll Hall of Fame. She notably performed “(You Make Me Feel Like) A Natural Woman” at the Kennedy Honors during the honoring of Carole King in 2015. Aretha dropped her full fur coat in the middle of the performance which brought on a mid-performance standing ovation.

Best Known For:
Aretha Franklin is best known for being a soul singer and having amazing hits like “Respect” and “Think”.

Personal Life:
Aretha became pregnant for the first time when she was 12 years old and gave birth to her first son, named Clarence after her father, on January 28, 1955. She had her second child when she was 14, named Edward after his father Edward Jordan. Her sister and grandmother took care of her kids as she launched her career. Franklin’s third child, Ted White, Jr., was born in February 1964, from her first marriage to Theodore “Ted” White, and her fourth son, Kecalf Cunningham, was born in 1970, and was fathered by her road manager Ken Cunningham. In 1978, Aretha married actor Glynn Turman, but the two divorced in 1984. She had a longtime companionship with Willie Wilkerson, but the two never married and called things off in 2012. Aretha has always struggled with her weight, and has admittedly struggled with alcoholism and smoking. Her weight has gone up and down throughout the years, and after she quit smoking in 1992, since it was messing with her voice, she says her weight “ballooned.” In 2010, Aretha cancelled a series of concerts after she an undisclosed tumor was surgically removed, but she denied reports that claimed she had pancreatic cancer. She went on to cancel several appearances in the last 8 years, but returned to performing live briefly in 2013 and 2014. In 2017 during a show in Detroit, Aretha told the audience to “pray” for her, and ahead of a performance at Wolf Trap in Virginia, she appeared to have lost a lot of weight. Her last live show was at Elton John’s 25th anniversary gala in November 2017. On August 13, 2018, it was confirmed that Aretha was “gravely ill” and hospitalized in Detroit. A source told TMZ that the icon has been battling cancer and “could go at any time.” Aretha died on August 16, 2018 at her home.

Jay-Z Carries Son Sir, 5, In His Arms As He, Beyonce, & Their Daughters Return From New Year’s Vacation

Grace Franklin is considering the future of her singing career and contemplating a possible ‘American Idol’ return after not making the cut for the show.

One of music’s biggest icons leaves a legacy of three grandchildren. Find out more about Aretha Franklin’s grandkids here!

‘Respect’ screenwriter Tracey Scott Wilson told HollywoodLife EXCLUSIVELY that it’s been the ‘honor’ of her life to tell Aretha Franklin’s journey in the biopic about the Queen of Soul.

Grace Franklin honored her late-grandmother at the premiere of ‘Respect,’ by singing one of her most iconic songs, in a sweet moment.

Skye Dakota Turner is Hollywood’s next big thing. The 12-year-old is a total standout as a young Aretha Franklin in the new biopic ‘Respect.’ Here’s what you need to know about Skye.

Jennifer Hudson attended the premiere for the highly-anticipated Aretha Franklin biopic on Aug. 8 dressed in a beautiful purple-sequined gown from Dolce & Gabbana.

Jennifer Hudson is set to star as Aretha Franklin in the upcoming film ‘Respect’ and a cover of the song ‘(You Make Me Feel Like a) Natural Woman’ was just released, leaving fans excited about the biopic.