So much for Pete Davidson! Just one day after a report that Emily Ratajkowski, 31, is getting “serious” with the 29-year-old former Saturday Night Live star, photos again emerged of Emrata on a date with DJ Orazio Rispo, 35. In pics you can SEE HERE via The Daily Mail, the Gone Girl beauty rocked a brown puffer coat and oversized black scarf as she made her way outside a wreath-clad door in New York City alongside Orazio. She finished the look with jeans and carried a white helmet, while the famed DJ rocked a heavy black coat with a hood and black pants. The gorgeous model wore her hair down and straight for the casual outing, which reportedly took place this week. 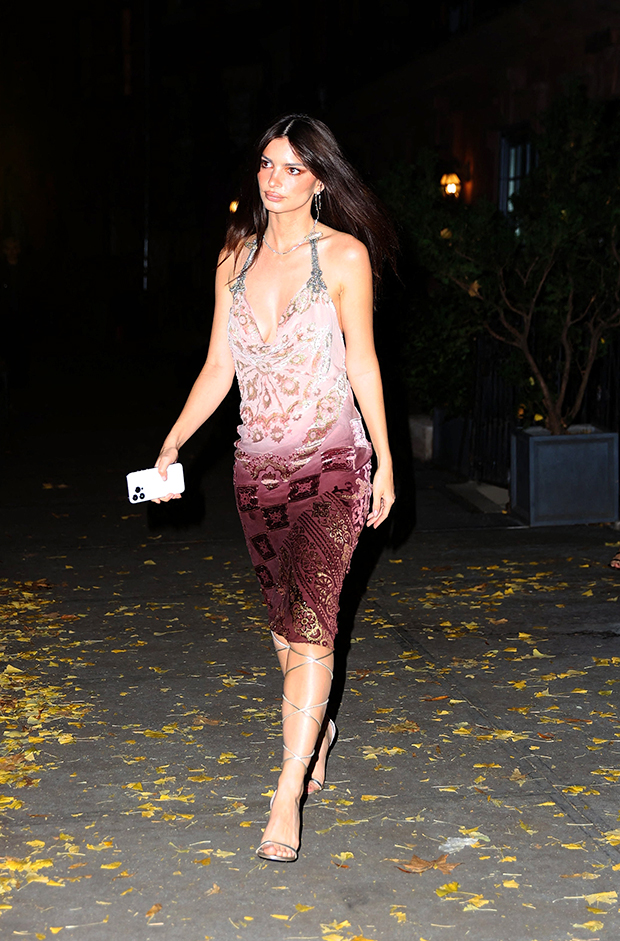 The date in itself wouldn’t seem unusual, especially since the newly divorced mom of one was seen kissing him in October. But on October 12, a report via PEOPLE claimed that Emily and Kim Kardashian‘s ex Pete were on their way to a serious relationship and “are really enjoying their time together.”

“They are going strong and getting a little more serious,” a source close to Pete told the outlet. “They have a love of the East coast in common and similar vibes personality-wise and style-wise. And it’s always the same thing with him: he really makes her laugh and keeps things fun.” An additional source said in separate comments to PEOPLE that “Em is in a great place.”

Emily split from ex Sebastian Bear-McClard after four years of marriage in July. They share son Sylvester, who is 21 months old. Emily’s romantic potential has been a hot topic since then, with the model seemingly coming out as bisexual in an October TikTok video, romping in tiny bikinis, and dating various men.

Still a source told us in November after they were seen enjoying a courtside date that Emily is the “girl of his dreams.” “After spending Thanksgiving together and then going to the New York Knicks game together, it is more than obvious to anyone who knows Pete Davidson that he is completely into Emily Ratajkowski,” a source close to the King Of Staten Island star told HollywoodLife EXCLUSIVELY at the time.