Update 5:00 pm EST: The Los Angelis Sherrif’s Department confirmed to HollywoodLife that A$AP Rocky was “charged at 12:42 with assault with a deadly weapon.” He was “being held at LAPD jail and his bail [was] $550,000”, but he has since paid that and was released from jail on April 20.

Original: First, A$AP Rocky and Rihanna had to deal with breakup rumors. Now, this: A$AP (b. Rakim Mayers, 33) was detained in Los Angeles on Wednesday (Apr. 20) in connection to a November 2021 shooting. Rocky arrived at LAX on a private plane after vacationing in Barbados with his pregnant girlfriend. What he found waiting for him were the authorities, as HollywoodLife has confirmed that the rapper was taken out of the terminal in handcuffs. TMZ later reported that “a pregnant and equally shocked Rihanna looked on” as her boyfriend was taken away by police.

On Nov. 5, 2021, around 10:15 pm, an argument between two acquaintances occurred in the area of Selma Ave. and Argyle Ave. in Hollywood, according to the LAPD police department. The argument escalated and resulted in the suspect firing a handgun at the victim. The victim sustained a minor injury from the incident and later sought medical treatment. The victim allegedly sustained injuries to their left hand, according to NBC News. 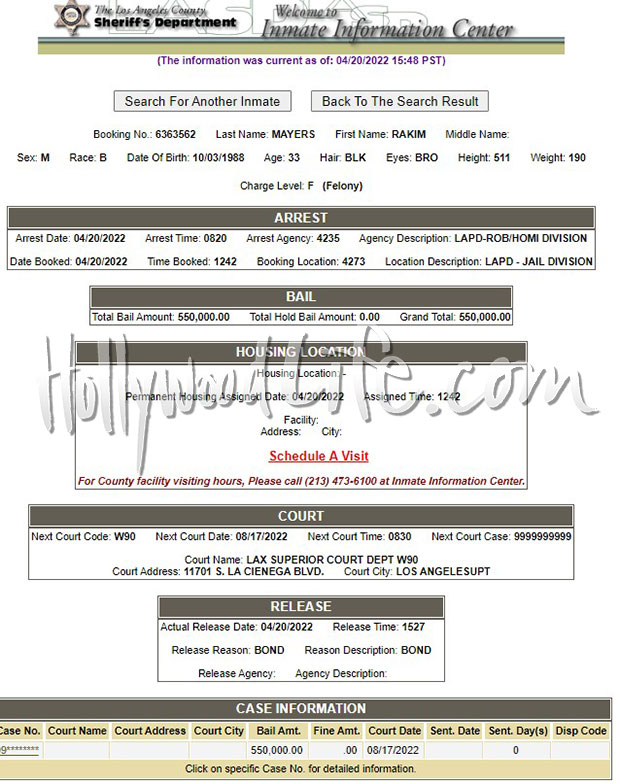 Per the LAPD report, the suspect and two additional males fled the area on foot. The LAPD later identified the alleged shooter as A$AP Rocky and arrested him for Assault with a deadly weapon.  The LAPD made the arrest with help from Immigration and Customs Enforcement’s Homeland Security Investigations.

Rocky and Rihanna have spent the last week or so embroiled in a different kind of drama. An unverified rumor began circulating online that claimed Rocky had cheated on Rihanna with designer Amina Muaddi. As the allegations began to spread like wildfire, Amina took to her Instagram to denounce the “unfounded lie” and that this was nothing more than “fake gossip.” Outlets also reported that there was no truth to these allegations, which meant this was a whole lot of mess and nothing more.

For their part, Rih and Rocky stayed silent over the whole affair and enjoyed their vacation in Barbados. The influencer who first spread the cheating rumor issued a statement taking ownership for spreading “information” that they have been given. They ultimately apologized for “my actions and for my reckless tweets.” Rih and Rocky

HollywoodLife has reached out to Rocky’s camp for comment on this story and will update the post when more information is available.

'Jersey Shore': Angelina Admits She Only Slept With Chris Once In Their 2 Year Marriage