Best celeb sighting ever! Kim Kardashian and boyfriend Pete Davidson were spotted at the Beverly Hills Hotel on Wednesday night by a couple of fans who happened to run into the couple in the hallway of the establishment. Blogger Casey Messer shared an Instagram reel on March 2, showing she and her pals bumping into the famous lovebirds.

“Might be my favorite moment from the trip,” the blogger wrote in the caption of the video documenting her friends running into the Saturday Night Live comedian and KKW Beauty founder. “I was capturing these two love birds (K10 + Mario). Instead Mario gets in trouble for the rib jab he gave @kristenortiz 🤣.”

It’s unclear why Kim and Pete were hanging out at the hotel, although they may be trying to lay low after Kim’s ex, Kanye West dropped his new “Eazy” music video with The Game. The animated video, which the rapper posted on his Instagram on March 2, depicts his clay animation character imagining what it’d be like to decapitate and bury her current boyfriend.

A source close to the reality star reveals she’s “absolutely disgusted” by the gesture and is now focusing on how to move forward now that she’s been granted legal single status. “Kim and her entire family are absolutely disgusted by it,” a source EXCLUSIVELY revealed to HollywoodLife. “Kanye reaffirmed to the world why Kim left him and why she is better off without that dark cloud hanging over her,” one source said. 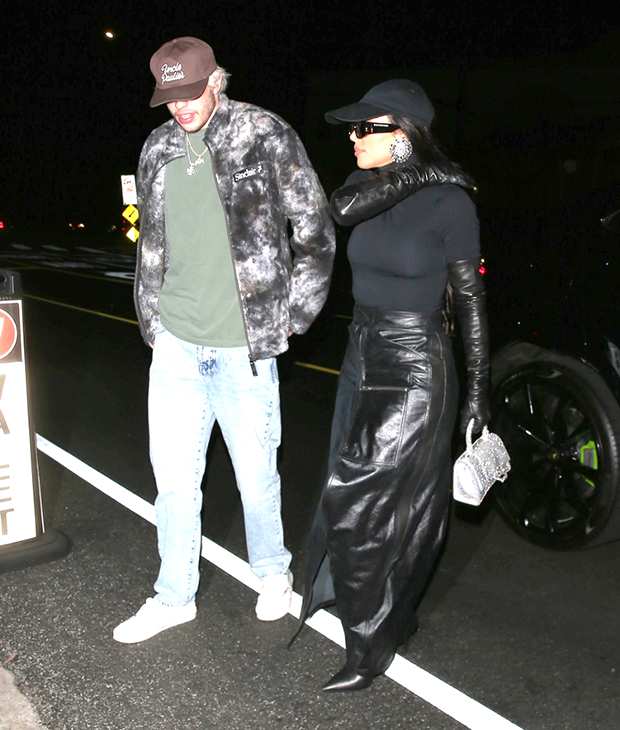 “Kim is not a West and he is not her husband anymore,” the insider added. “He is the father of her children, and it is not setting a good example when North can go on his Instagram and see a video of him murdering her mother’s boyfriend. In the end, Kanye showed his true colors to the world. She is done making excuses for him.”

The exes share four children — daughters North, 8, and Chicago, 4, and sons Saint, 6, and Psalm, 2 — and they have been co-parenting their children ever since their split in early February 2021.