Time certainly flies. Janet Jackson took a moment to celebrate her and Wissam Al Mana’s ‘intelligent’ and ‘beautiful’ son on his fifth birthday.

“You’re growing up so fast,” Janet Jackson wrote at the start of her message on Jan. 3, addressing her son, Eissa, on his fifth birthday. Janet, 55, remarked that her son was growing into “such an intelligent, beautiful boy.” While Janet didn’t share a picture of her son, she did wish Eissa “a life full of magical moments. You’re Mama’s Luv. Happy 5th Birthday, Baby!”

Janet rarely shares any pictures of the child that she shares with ex Wissam Al Mana. After having grown up in the spotlight, Janet has seemingly decided her son should live a normal life without the pressures of fame and notoriety. However, she did gush about him – like any parent would – during a February 2020 appearance on The Tonight Show Starring Jimmy Fallon. “He’s incredibly musical,” she said. “First, it was the violin — all this he chose. He loves classical music. First day of school, he took his violin to school. Third day of school, he says, ‘Mama, I want to take a cello.’ I’m like, ‘Baby, you don’t have a cello.’ ‘Turn my violin into a cello, please, mama.'”

2022 is shaping up to be a big year for Janet. Not only is her son turning 5, but the notoriously reclusive Janet is also opening up about her personal life in a new documentary with Lifetime. “It’s just something that needs to be done,” she says at the start of the trailer for the two-night event. The intimate special will show Janet as a mother and as a sister to the late “King of Pop,” Michael Jackson. Janet says she was closest to brothers Randy and Michael, though she did say his molestation charges damaged her career. “Guilty by association,” she remarked in the trailer. 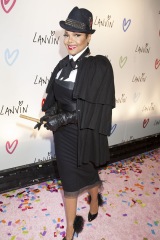 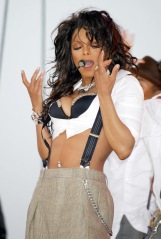 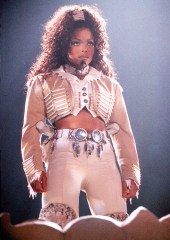 Janet also reflected on the “Nipplegate” controversy in the documentary, when Justin Timberlake tore a part of her outfit during the 2004 Super Bowl halftime show. This event, which birthed the term “wardrobe malfunction,” seemingly derailed Janet’s music career, and the documentary promises to show her reaction to it. It also confirms the rumors that Justin attempted to get Janet to join him for the 2018 Super Bowl Halftime show.

Justin finally apologized for his role in the “Nipplegate” moment in 2021, following the release of Framing Britney Spears. “I’ve seen the messages, tags, comments, and concerns, and I want to respond. I am deeply sorry for the times in my life where my actions contributed to the problem, where I spoke out of turn, or did not speak up for what was right,” wrote Justin. “I specifically want to apologize to Britney Spears and Janet Jackson both individually, because I care for and respect these women and I know I failed.”

The Janet documentary will premiere on Jan. 28 on Lifetime and A&E.