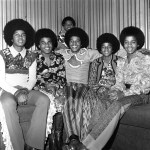 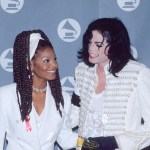 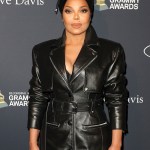 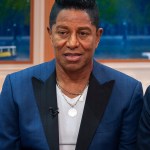 The King Of Pop started his career alongside his brothers as a member of the Jackson Five, but Michael Jackson came from a family of 10 brothers and sisters. Find out more about all of his siblings here!

Michael Jackson was one of the most influential figures in pop music history. At just six-years-old, he burst onto the scene as a member of The Jackson Five, where he rose to stardom with hits like “ABC” and “I Want You Back.” He started a solo career in 1971 and skyrocketed into superstardom on his own with his 1982 bestselling album Thriller. After Thriller, Michael scored many more hits on his own, but the foundation was laid alongside his brothers in The Jackson Five, and many of his other siblings went on to successful careers in their own rites.

Coming from the show-biz family, Michael had a strong bond with his siblings growing up, especially in the intensely busy musical group. “Well, you don’t get to do things that other children get to do, having friends and slumber parties and buddies. There were none of that for me. I didn’t have friends when I was little. My brothers were my friends,” he once said, via BrainyQuote. While Michael died in 2009 at age 50 almost of all of his siblings are still alive to continue his legacy. Find out more about all of his brothers and sisters here.

Joe and Katherine Jackson’s eldest child Maureen, 71, was born in 1950. Even though she’s the oldest of her siblings, she wasn’t the first to start performing publicly. She didn’t join her siblings onstage until the 1970s, when she’d join her brothers onstage in Las Vegas, via Biography. Under the name Rebbie Jackson, she started a solo career in the 1980s, with her debut album Centipede dropping in 1984. In 1968, she married Nathaniel Brown, whom she’d been childhood sweethearts with. Unfortunately, Nathaniel died in 2013, but the pair had three children together, including Austin Brown, who’s a successful musician himself. Austin has performed on songs with major artists like Jojo and Ariana Grande. 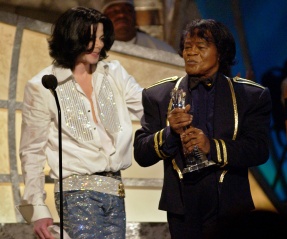 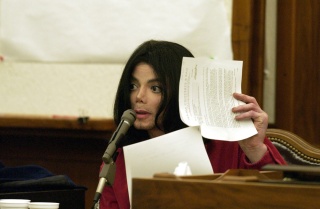 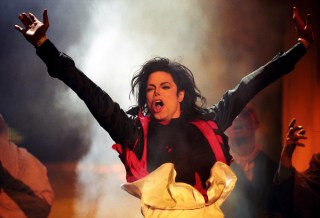 The eldest of the Jackson brothers Sigmund (better known as Jackie Jackson), 70, was born in 1951. He was one of the founding members of the Jackson Five, and he was also one of the band’s lead singers, due to his high-pitched, tenor singing voice. Jackie later released two solo albums, first a self-titled album in 1973 and a sophomore album in 1989, called Be The One. Most recently, he dropped a collaboration with the musician Brezz titled Big City After Dark in 2007. He’s also produced film soundtracks for movies like Touch and Go and The Running Man, according to his bio. He’s also stayed in the music industry as a producer.

The Jacksons’ third son Tito, 68, was born in 1953, but his real name was Toriano. While most of the Jackson family are known as singers, Tito was a gifted guitarist, who was encouraged to start a band with his brothers, after his father Joe made him perform for him after breaking a string, according to his bio. Tito has three sons of his own Toriano Adaryll Jackson Jr., Taryll Adren Jackson, and Tito Joe Jackson, who started a band called 3T in 1994. Like his siblings, Tito also has a solo career, albeit later in life. He’s released two records under his own name: 2016’s Tito Time, which is mostly R&B and soul music, and 2021’s Under Your Spell, which is mostly blues music.

Katherine gave birth to Jermaine, 66, in 1954. While Michael is probably the best-known member of the Jackson Five, Jermaine had significant singing contributions to some of the group’s biggest hits. He controversially left the band in 1976, when his brothers signed with CBS, and he remained with Motown Records, according to his bio. He went back to the band in 1984. Still relatively early in the Jacksons’ career, he released a self-titled solo album in 1972, and he’s released numerous albums under his own name since then, with the most recent being 2012’s I Wish You Love.

The second Jackson daughter LaToya, 65, was born in May 1956. Like her siblings, her career started with backup vocals for The Jackson Five, but she’s also been one of the most outspoken critics of her family. She accused her father of abuse in her 1991 memoir La Toya: Growing Up In The Jackson Family, via AllMusic. LaToya and her family’s disputes came in the midst of her marriage to her former manager Jack Gordon, via The New York Times. LaToya claimed that her ex was abusive in a 2013 interview with HuffPost.

Like her siblings, LaToya also embarked on a solo career outside of The Jackson Five, starting with a self-titled album in 1980. Her most recent release was an EP titled Starting Over in 2011. Even more recently, LaToya was one of the contestants in the first season of The Masked Singer, where she was the Alien, via IMDb.

Marlon, 64, and his twin brother Brandon were born in 1957. Marlon was incredibly close with his brother Michael. During the Thriller singer’s funeral in 2009, Marlon gave a tearful eulogy, where he said that Michael was the “soul” of the family. While Marlon was a member of the Jackson Five, he only released one solo album, 1987’s Baby Tonight. Marlon pursued more business-oriented ventures, founding the Major Broadcasting Cable Network in 1999, which later became the Black Family Channel, which was sold in 2007, via his bio.

Brandon was Marlon’s twin, but he died very shortly after he was born. When Michael died, Marlon mentioned Brandon in his eulogy. “I would like for you to give our brother, my twin brother, Brandon, a hug for me,” he said.

The youngest Jackson brother Randy, 59, was born in 1961, and he didn’t join his brothers in the Jackson Five until 1971, when he played congas with the band. He became an official member in 1976, when the group left Motown for CBS, per his bio. He started a band called Randy & The Gypsys, which released a self-titled album in 1989, but then broke up. Randy has stayed in the industry, but mostly on the business side, after the Jacksons broke up. He co-founded Total Multi-Media Inc. in 1990, with the goal of improving education and entertainment technology. He also bought and became president of Modern Records in 1998. In 2018, he co-founded Rhythm Nation Records with his sister Janet, which was focused on independent releases, per his website.

The youngest Jackson Janet, 55, was born in 1966, and other than Michael, she may be the most well-known of her siblings. She released plenty of beloved albums, which are now regarding as classics in the 1980s and 90s, including Control, Rhythm Nation 1814, and Janet. She has continued to release music consistently through the years, with her most recent album being 2015’s Unbreakable. She’s also the subject of an upcoming documentary, simply titled Janet, which is expected to premiere on Lifetime and A&E in January 2022.

Outside of his siblings, Michael also had a half sister Joh’Vonnie, 47, whom Joe had with a woman he had an affair with named Cheryl Terrell in 1974. While she’s technically Michael’s half sister, Joh’Vonnie revealed that she didn’t have a strong relationship with the Jackson family in a 2018 interview with DailyMail, where she claimed she was “hidden away” and “kept secret” and never fully accepted. “I have met every single last one of them, but for some reason there has always been something stopping them from accepting me, from being close to me,” she said at the time. “Of course when I was around them there was a show of love, but once I was gone there was no phone calls asking how I’m doing or how is my daughter doing, it’s upsetting, real hurtful and I still feel rejected.”