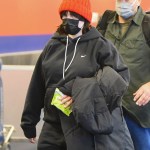 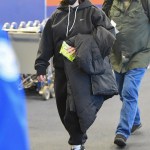 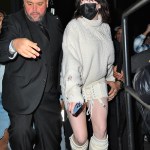 This pain and anguish are evident in the opening lines of “Male Fantasy.” Billie’s melancholy album closer opens with her singing, “Home alone, tryin’ not to eat / Distract myself with pornography / I hate the way she looks at me / I can’t stand the dialogue, she would never be / That satisfied, it’s a male fantasy.” Later in the song, Billie sings about the troubles with trying to connect with someone, a subject she brought up to Howard, 67, during her chat. “I’m not a serial dater … I don’t go to stuff and flirt with people,” she explained, “It’s really hard to meet people when people are either terrified of you or think that you’re out of their league.” 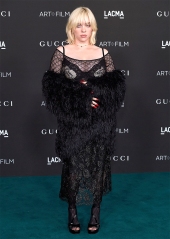 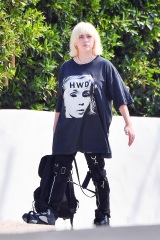 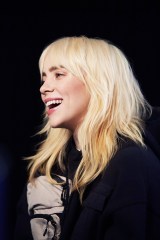 “Last year, I thought that I’d be single for the rest of my life. I genuinely couldn’t even picture myself in a relationship of any sort,” she said. “I got over that pretty fast.” Billie, who still maintains a level of privacy when it comes to her social life, has been recently romantically linked to Matthew Tyler Vorce, an actor, and podcaster behind the horror series Searching For Putty Man.

In addition to revealing her anti-porn stance. Billie told Howard that she caught COVID-19 over the summer. “F-ck that sh-t, dude,” she said of the disease. “It was bad. I didn’t die, and I wasn’t going to die, but that does not take away from how miserable it was. I mean, it was terrible. I still have side effects. I was sick for like two months almost.” She credits her survival to getting the COVID-19 vaccine.

“I want it to be clear [that] it is because of the vaccine I’m fine. I think if I weren’t vaccinated, I would have liked died because it was bad. When I say it was bad, I more just mean it felt horrible, but really in the scheme of COVID it wasn’t bad,” she said. “The vaccine is f-cking amazing. It also saved Finneas from getting it, saved my parents from getting it, [and] saved my friends from getting it.”

The Howard Stern Show, which airs on SiriusXM channel Howard 100, is broadcast live Mondays through Wednesdays starting at 7:00 am ET. The full show is also available on the SiriusXM app.