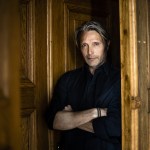 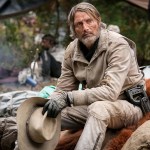 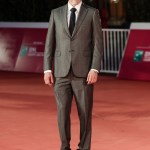 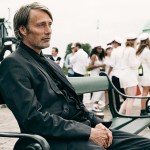 ‘Harry Potter’ fans will receive an all-new Grindewald in ‘Fantastic Beasts: The Secrets of Dumbledore,’ after the ‘Sweeney Todd’ star exited the franchise.

Albus Dumbledore, Newt Scamander, and company will face off with an all new Gellert Grindelwald in Fantastic Beasts: The Secrets of Dumbledore, when the new Wizarding World movie hits theaters on April 15, 2022. While the villain was played Johnny Depp in the Harry Potter spin-off’s first two films, the 58-year-old actor resigned from the franchise in November 2020, after losing a libel suit against The Sun, involving allegations of abuse from his ex-wife Amber Heard. Taking up the mantel as Grindelwald is Danish actor Mads Mikkelsen, 56!

Fans got their first look at Mads as Grindelwald in the new trailer for The Secrets of Dumbledore on Monday December 13. Grindelwald can be seen using the Elder Wand in one clip, as well as speaking about a “war with the Muggles,” in a very brief glance! Unlike Depp’s Grindelwald, Mads has his hair combed over and it’s mostly black, save for a white streak. This will make Mads the fourth actor to play Grindelwald (not counting Colin Farrell, who played the character when he was disguised as Percival Graves). Other than Johnny, the other actors to play him were Jamie Campbell Bower, who played a younger Grindelwald in both the first Fantastic Beasts film and Harry Potter And The Deathly Hallows Part 1, and Michael Byrne, who played the older Grindelwald in Deathly Hallows Part 1. Here’s everything you need to know about Mads Mikkelsen!

While The Secrets of Dumbledore may be Mads’ Wizarding World debut, the Danish actor is no stranger to the camera. In fact, he made his film debut in 1996 as part of the Danish movie Pusher. While he may only be entering the Harry Potter universe for the first time, Mads has been a part of a number of different successful film franchises. He played the villain Le Chiffre in the 2006 James Bond movie Casino Royale. He also brought the comic book antagonist Kaecilius to life in 2016’s Doctor Strange, and that same year he played Galen Erso in Rogue One: A Star Wars Story. Other than his movie roles, he also played Hannibal Lecter in the TV series Hannibal.

'Fantastic Beasts: The Crimes of Grindelwald' -- Photos Of The Sequel 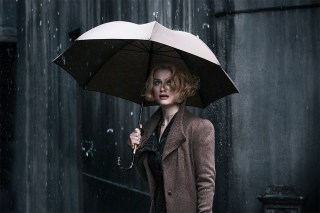 2. He was a dancer before he was an actor

Before his acting career began, Mads had trained as a gymnast since his childhood. After many years, he changed paths and became a dancer. He’s credited his dancing career with helping him prepare for stunts as an actor in a 2012 interview with Scan Magazine. “Being a dancer comes in handy in a lot of situations as an actor, especially when you are dealing with stunts. And I would tear up the contract if someone else were doing my stunts. I say, ‘That is why I am in the film. I don’t have the cool lines, I have the cool stunts and I will not give them away,'” he said.

3. He hasn’t spoken to Depp before playing Grindelwald

With the news that Johnny Depp was leaving Fantastic Beasts, Mads admitted that the two hadn’t touched base in a December 2020 interview with AP. While the Pirates of the Caribbean star may not have reached out to give him some pointers about the character, Mads did show some interest in talking. “I don’t know him,” he said. “I wish I had his phone number, but unfortunately that’s not the case.” Mads also said what his approach would be for the fresh take on Grindelwald.

4. He’s married and has two kids

Mads has been married to his wife Hanne Jacobsen, 60, since 2000. The pair have a daughter Viola, 29, and son Carl, 24. Mads spoke about how much he values his family in a 2010 interview with The New York Times. “They join me on location if they have a chance, but I can also be home three or four months doing nothing, so I probably see my kids more than people who work constantly all year long. If that changes, we’ll have to have a family meeting,” he explained.

Like many European actors, Mads is multi-lingual. While the fact that he speaks his native Danish and English are unsurprising (given how many English-speaking roles he’s had), he revealed that he can also speak German, Russian and French in an interview with The Global Town Hall. His love of movies taught him many different tongues. “We watch many different movies so learn languages that way also,” he said.